The Non-avian Fauna of Tarifa

In September I completed a two week trip to Tarifa, Spain as a guest researcher from the Idaho Bird Observatory to study bird migration with Fundación Migres. You may read my previous reports on this trip -  Migration on an Unimaginable Scale ,  Into the Cage , and Studying the Smaller Avifauna of Tarifa.

The trip was a fantastic experience and very educational. I was in Tarifa for 14 days. While I “worked” every day, I did have opportunities to take in non-work activities as well. Here are some of the things I enjoyed while in Tarifa, beyond the birds.

The town of Tarifa. Tarifa is located on the southernmost tip of Spain, just 14 km from Africa. It is a fairly small town with a large tourist influence, but also a great deal of cultural significance, mostly the result of its locations. 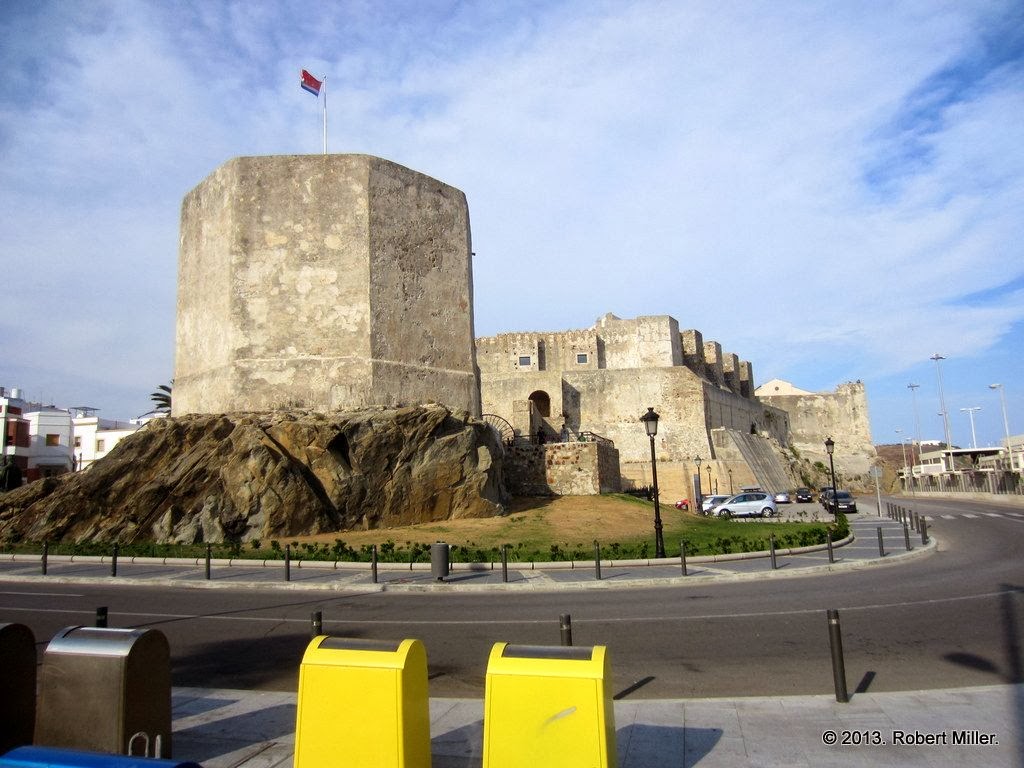 The Castle of Tarifa was built in 960 (http://en.wikipedia.org/wiki/Castle_of_Tarifa). The story implies that when the castle was under siege, the keeper of the castle, Alonso de Guzmán, refused to negotiate, even though the invaders had his son. When they threatened to kill his son, he sent them his knife (http://en.wikipedia.org/wiki/Alonso_P%C3%A9rez_de_Guzm%C3%A1n)!

I never got the story of this structure, but I thought I was cool overlooking the harbor. 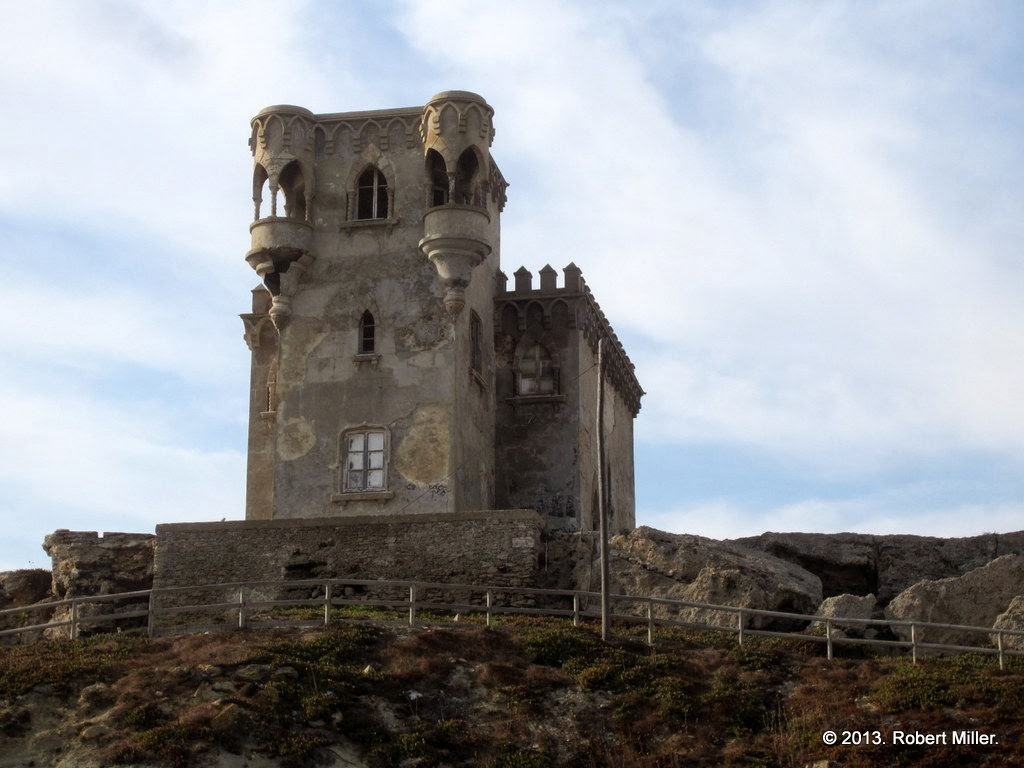 The Isle de Tarifa is an artificial island that was built out into the sea. The island is closed to the public, but you can walk out the causeway to the gates and look back at the town of Tarifa. In this picture I am facing north with the Atlantic ocean on the left and the Mediterranean Sea on the right. I did get to enter the island one morning when we performed seabird migration surveys. 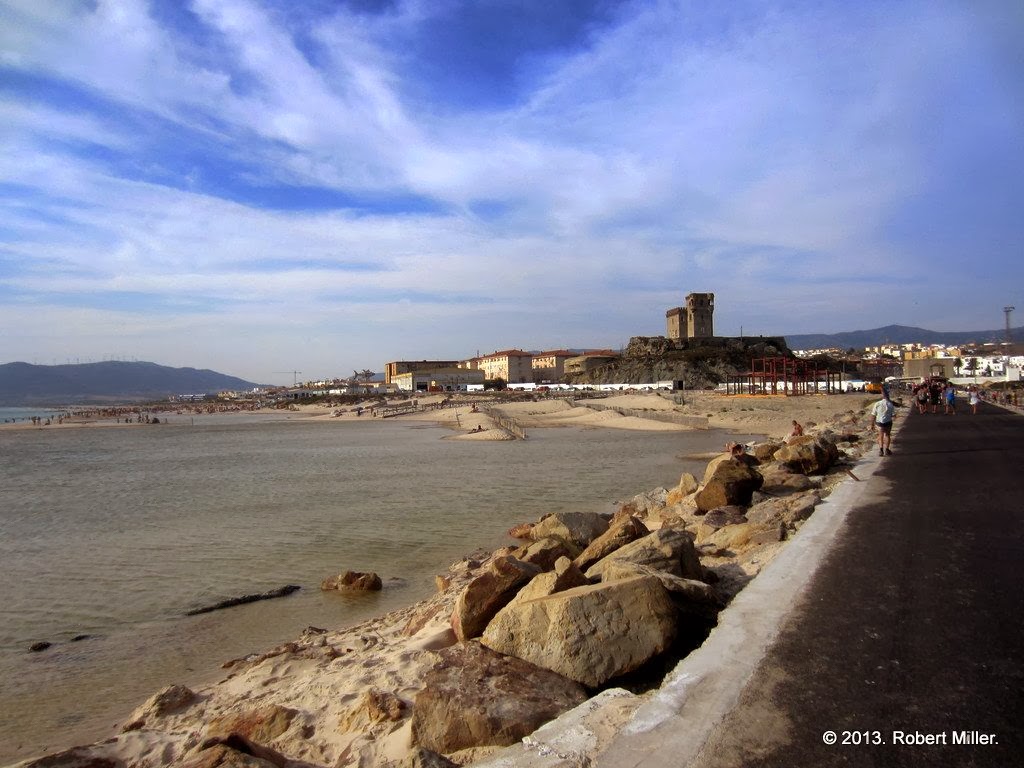 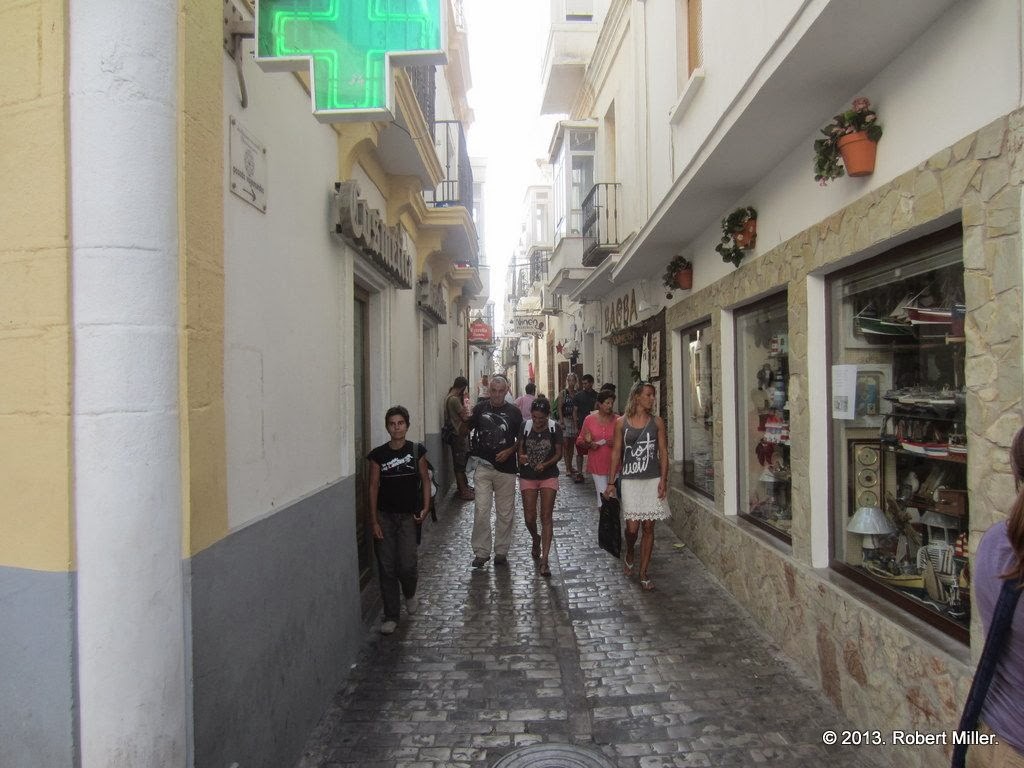 The old part of Tarifa is made up of narrow cobblestone streets and is surrounded by a 13th century wall. Of course, all of the shops are fairly modern. We would often eat dinner in the newer part of town (less expensive, less crowded) and then walk into the old part of town for coffee or drinks. My hotel was only about a 5 minute walk away from the old part of town.

Whale watching. After monitoring the seabird migration one morning, Alejandro arranged for us to go out in search of Orcas on a whale watching trip. We had watched dolphins that morning from the shore, but this promised to be much, much closer. A week earlier, a friend of ours, Pablo, took excellent photos of Orca on this same trip.

The Orca are in a fairly predictable location. Tuna migrate each fall out of the Mediterranean and into the Atlantic. The Orca have learned this as have many fishermen. On the boat ride out, we had no doubts as to where the Orca and Tuna were, just look for the mass of boats. 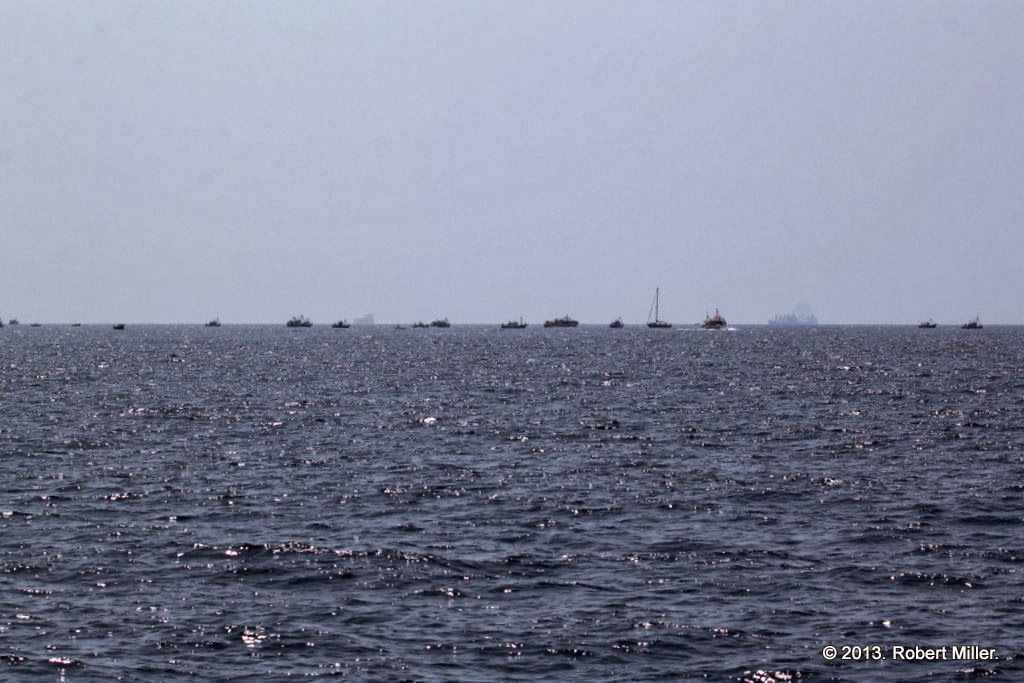 As we approached we could see whale spouts in the distance. Then, here they were! Right beside the boat! 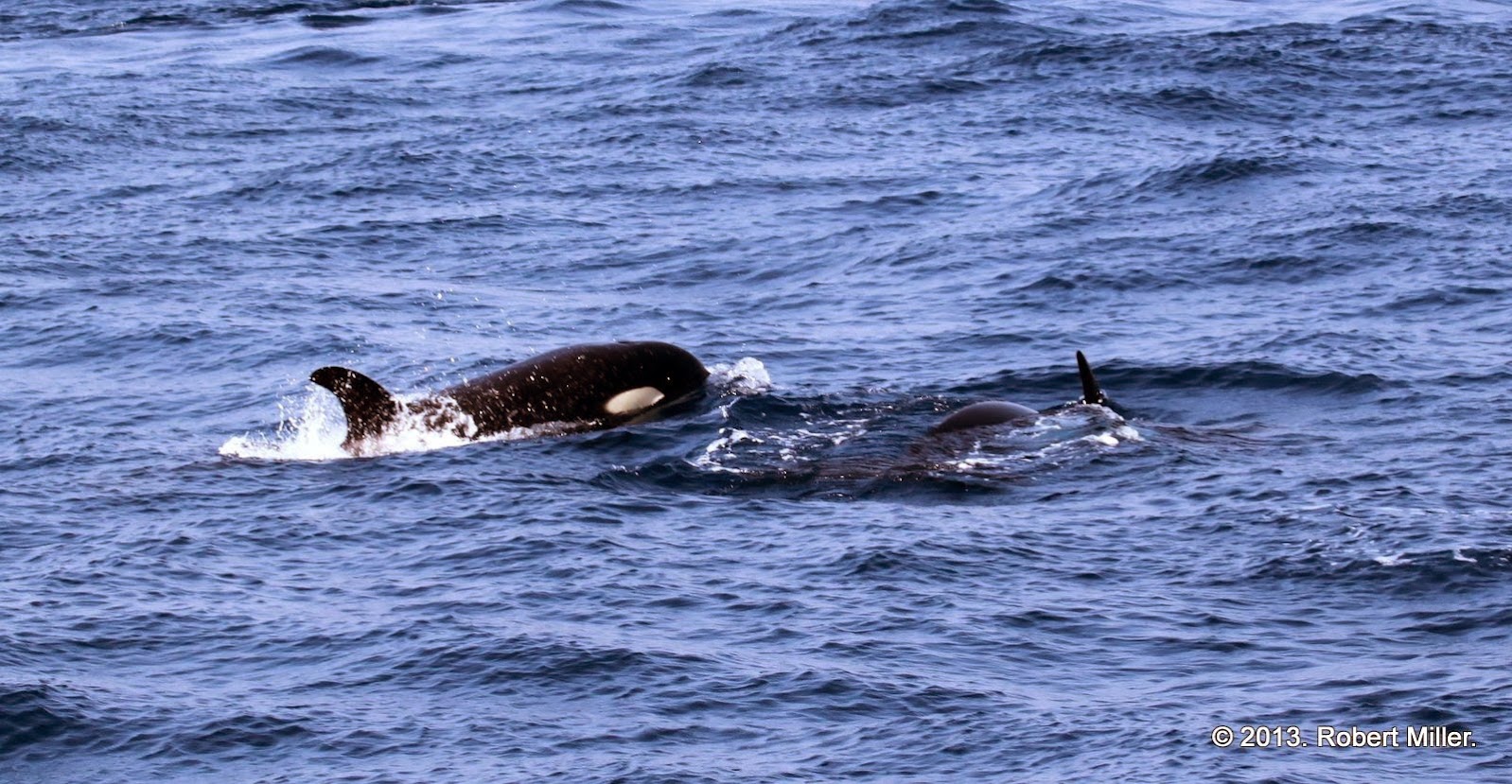 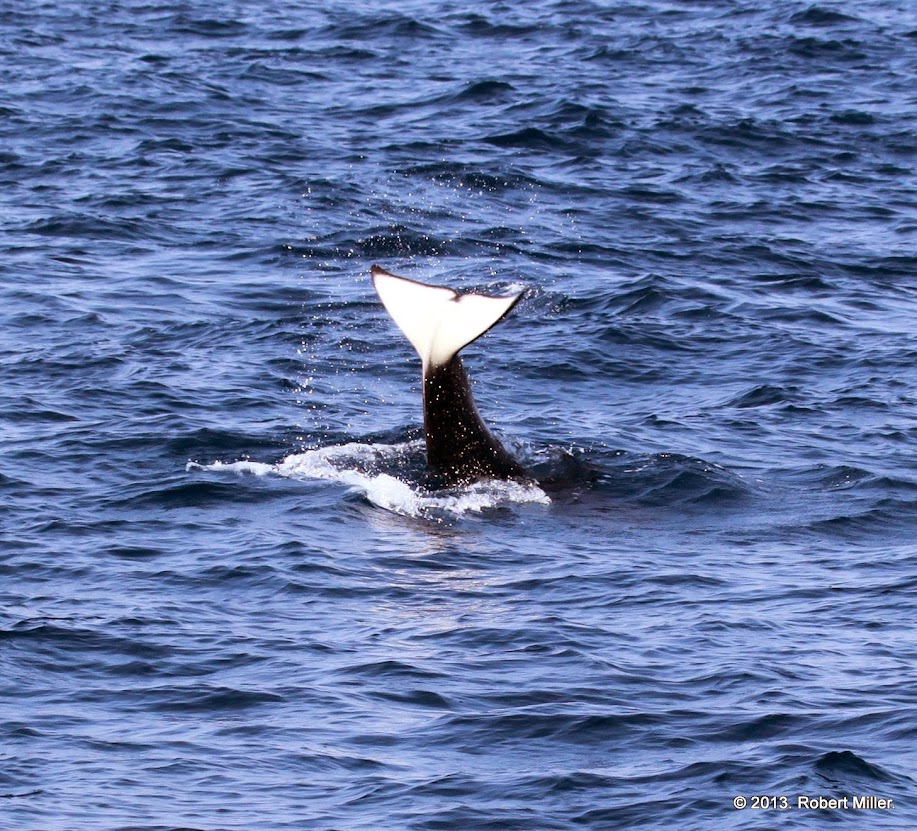 We watched for 45 minutes as they appeared here and then over there. They move around so quickly that it is difficult to capture the action in photos. The big excitement came as one of the fishermen in a small boat caught a Tuna. The race was on. They were pulling in the Tuna, by hand! The Orca were swimming fast and hard to try and get there before they landed the fish. Unfortunately, or fortunately depending upon your perspective, the fishermen won the race. Here is the video.

It was clear that at least occasionally, the Orca win. It was a great day! Thanks to Alejandro and Turmares for the trip.

The food! The food in Spain was fantastic. The Migres team made sure I had the opportunity to experience a wide variety of dishes. For the most part, the food was much less expensive than here in the states. There were a few exceptions. Beatriz and I shared a plate of Paella down on the waterfront. This was fairly expensive, but no more so than it would be in the US. The dish is made to share and is delivered based on however many at the table order it. Here is a plate for two. 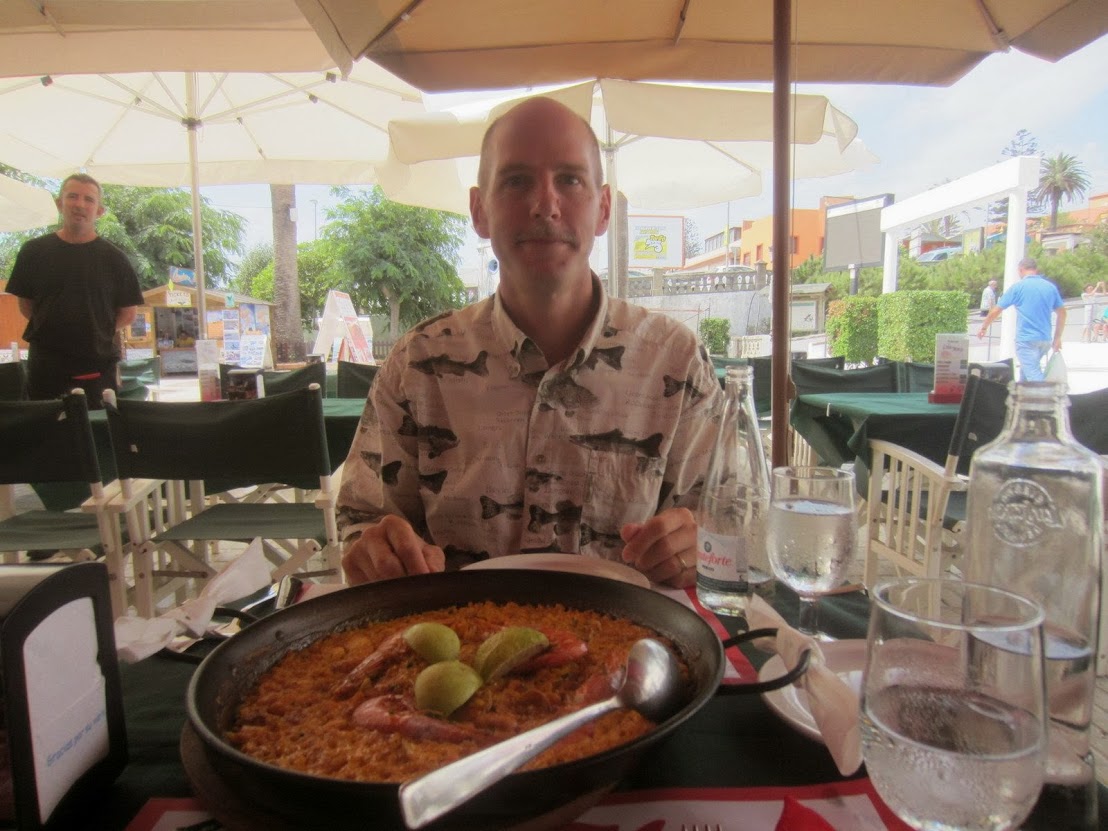 For evening dinners we often ordered many half plates of food and served it “family-style”. It provided a great opportunity to try different foods. The tuna was always great, cuttlefish croquettes, squid prepared many different ways, pork, sea anemone, etc. Each meal starts with a shared plate of olives as an appetizer. I loved this aspect. In the U.S. we seemed to have lost the culture of food and shared meals. I enjoyed the aspect of group meals we shared as a team.

The most traditional local food of Tarifa would be the fish stew. 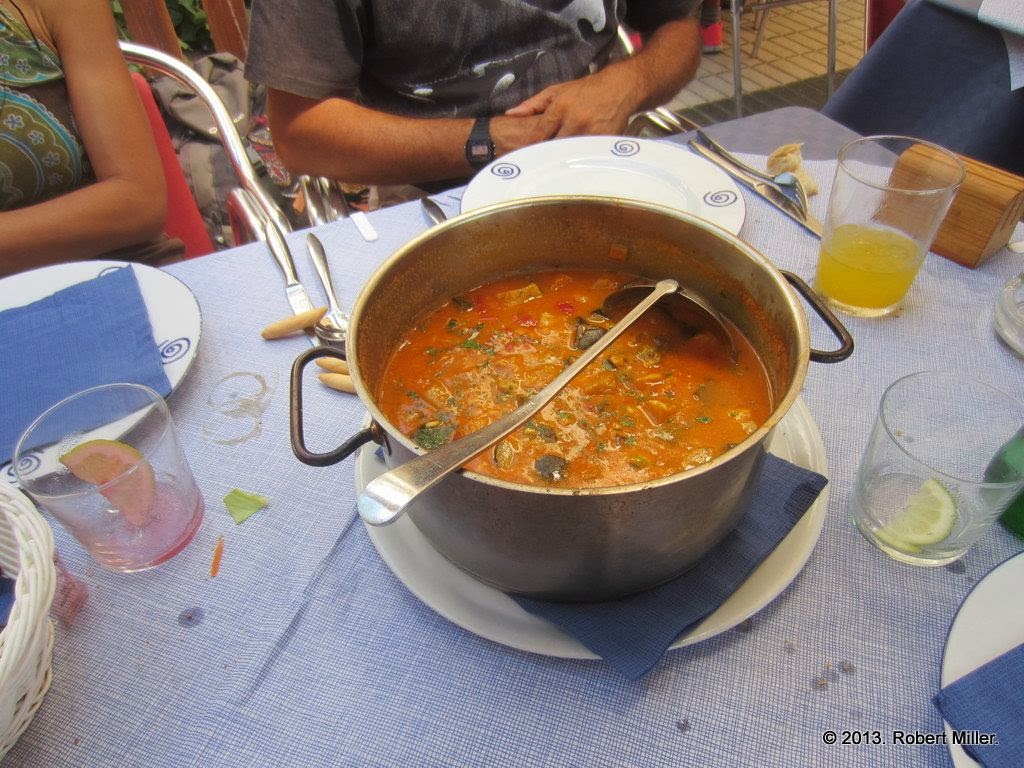 Cazuela de pescados y mariscos (I think…) Regardless, it was fantastic! 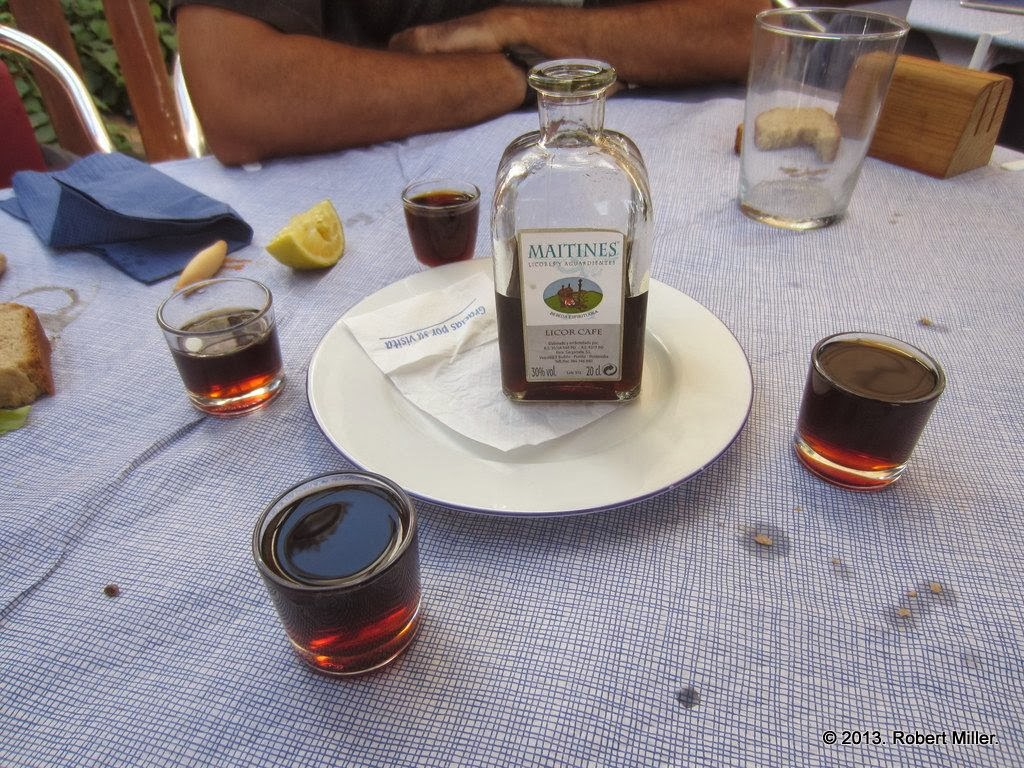 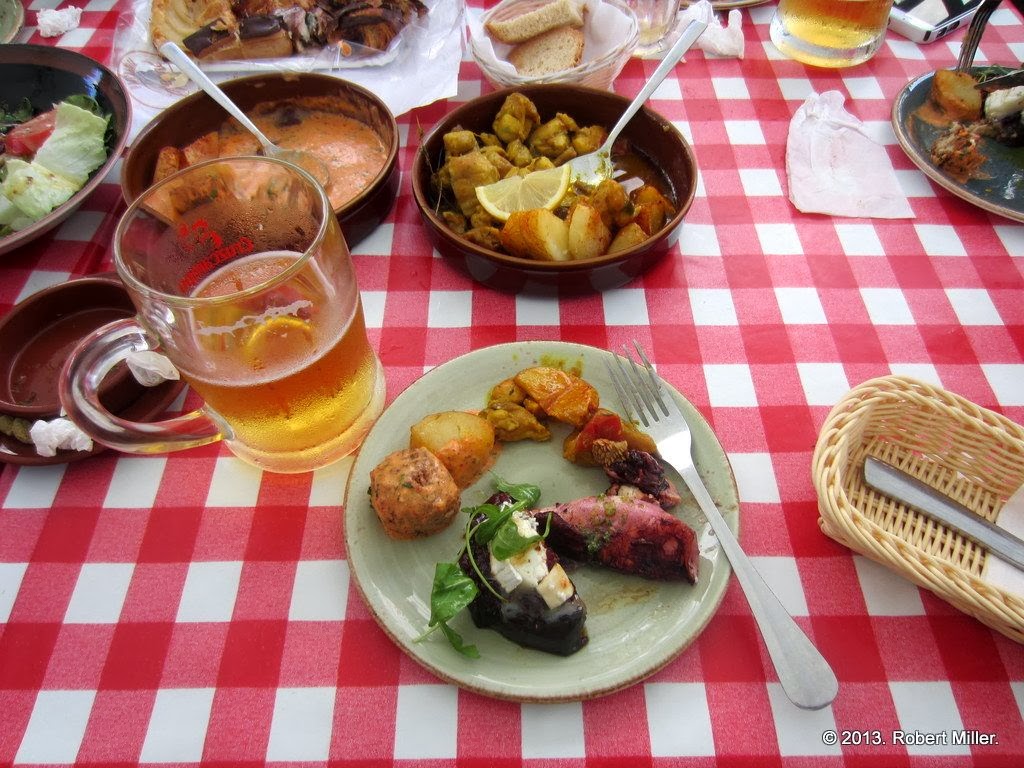 Los Alcornocales. On another day after work Alejandro took a group of us on a drive through Los Alcornocales National Park. This provided a great opportunity to see different habitats, stand eye-level with a Griffon Vulture in flight, taste local berries, learn about local plants, and hike into a waterfall. 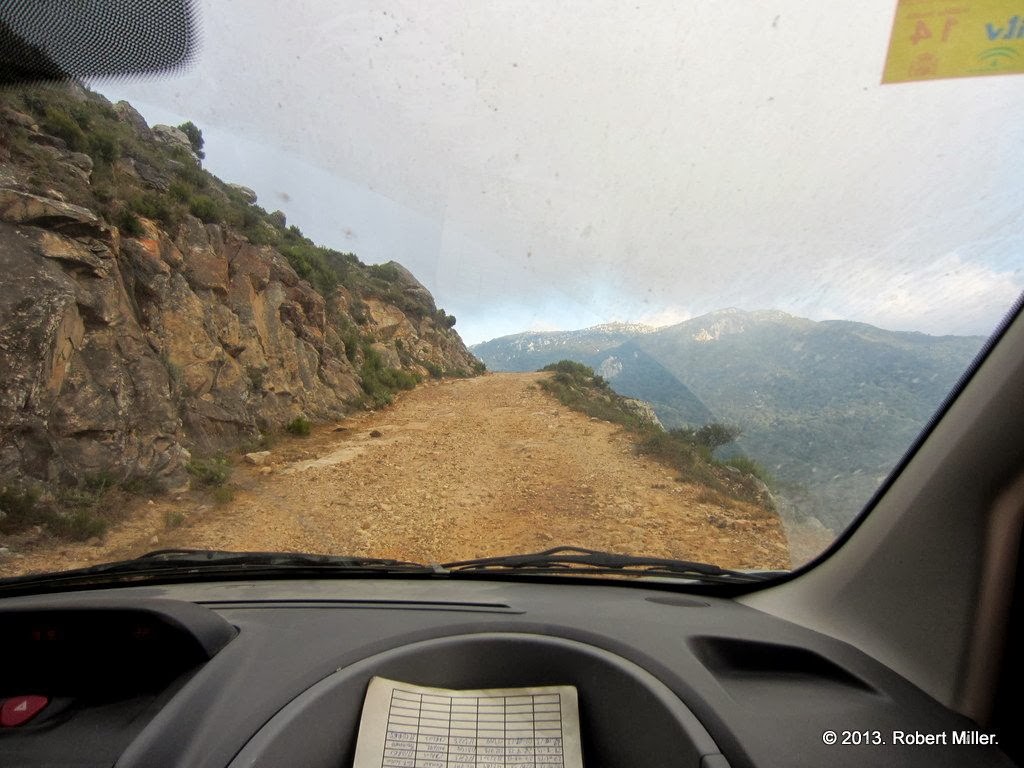 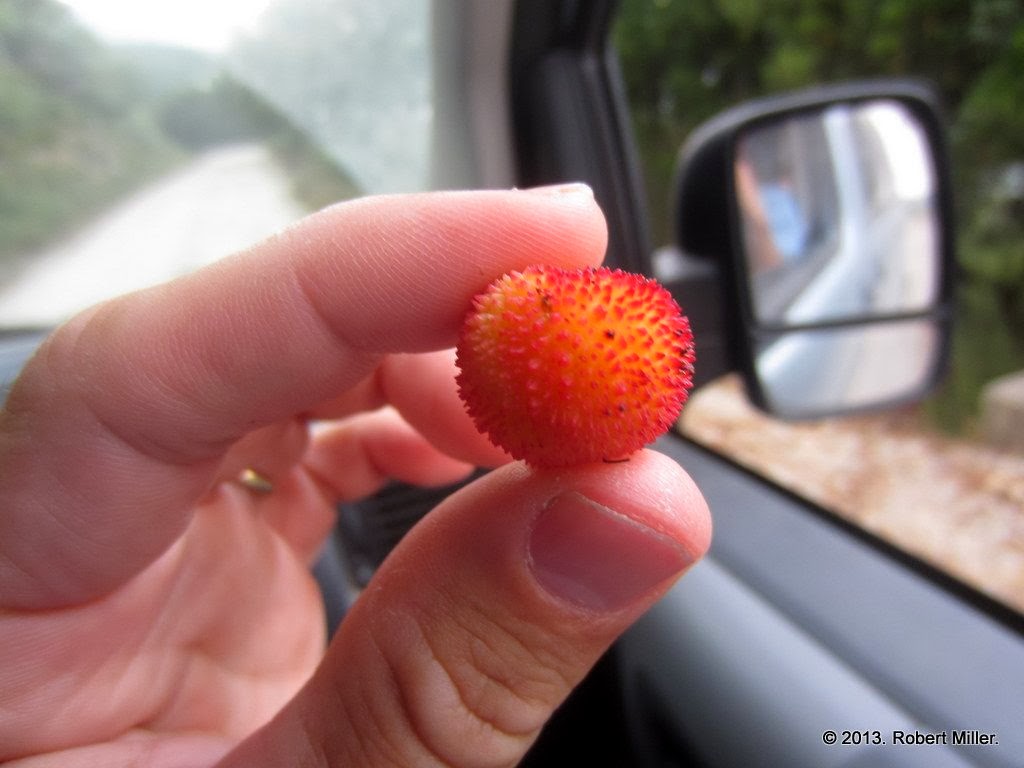 Strange berry. It wasn’t quite ripe. 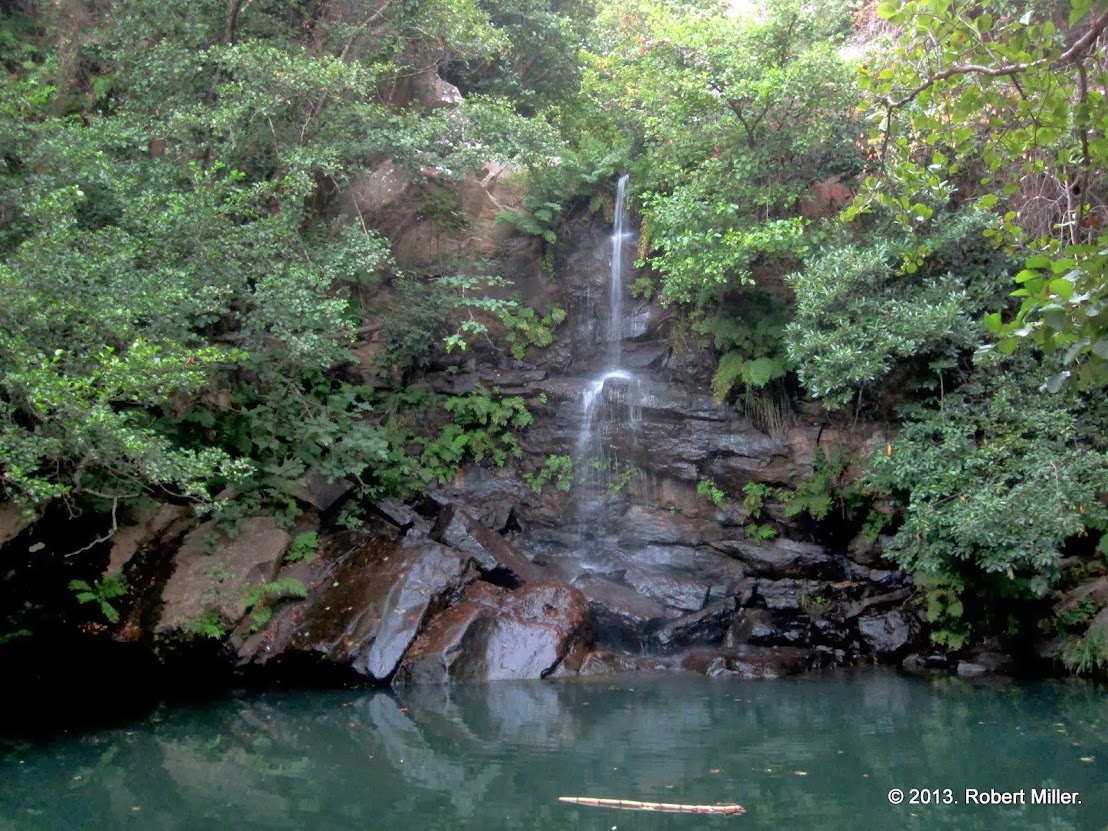 The People! The best part of the trip were the people I met and worked with. The Migres team was very professional, great hosts, fun, and I consider them my close friends. I especially thank Alejandro and Beatriz my closest collaborators and primary hosts. I look forward to my continued collaboration with them and I hope to return to work with them again. 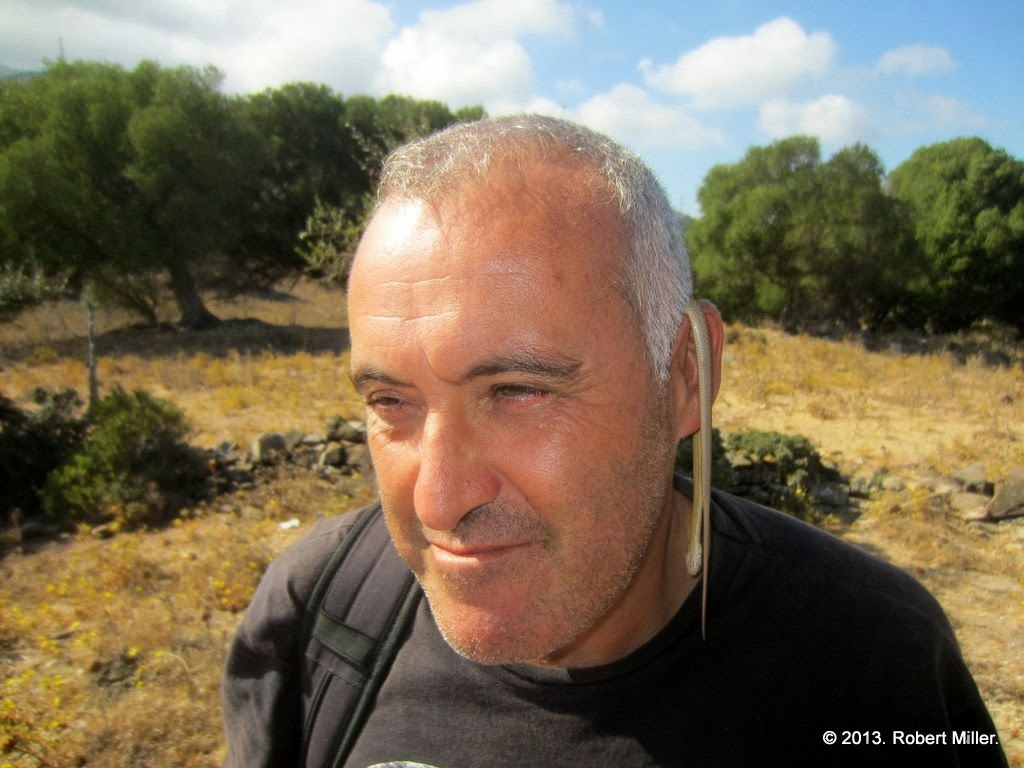 Alejandro with snake that was dropped by a Short-toed Eagle (a.k.a. snake eagle) 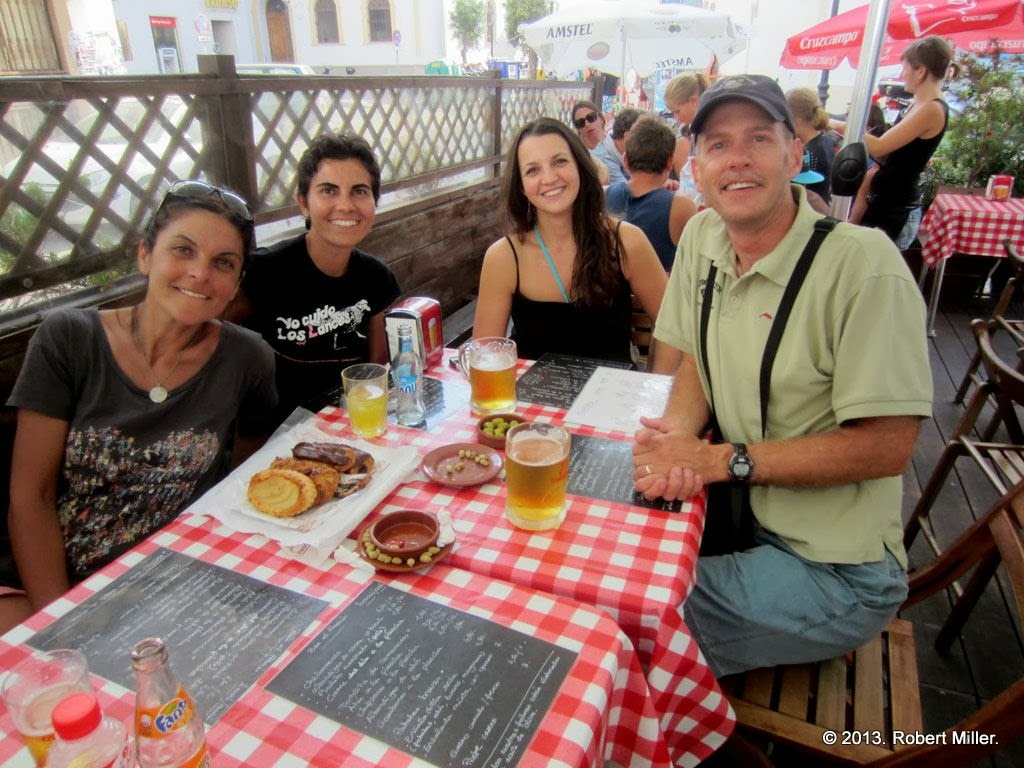 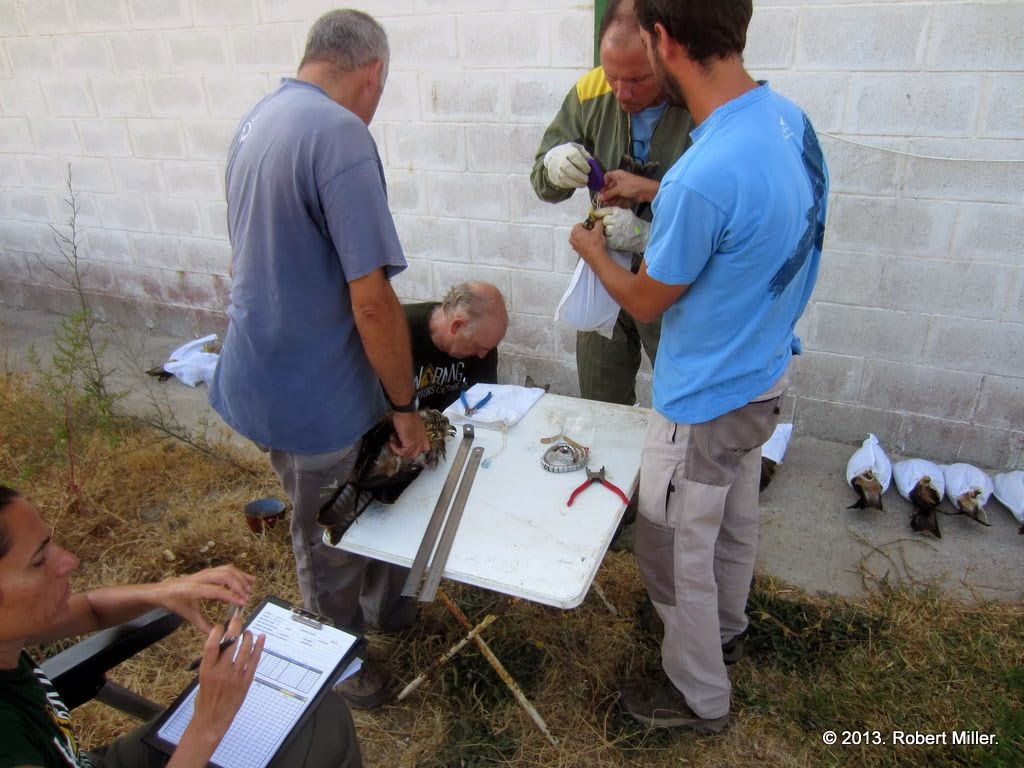 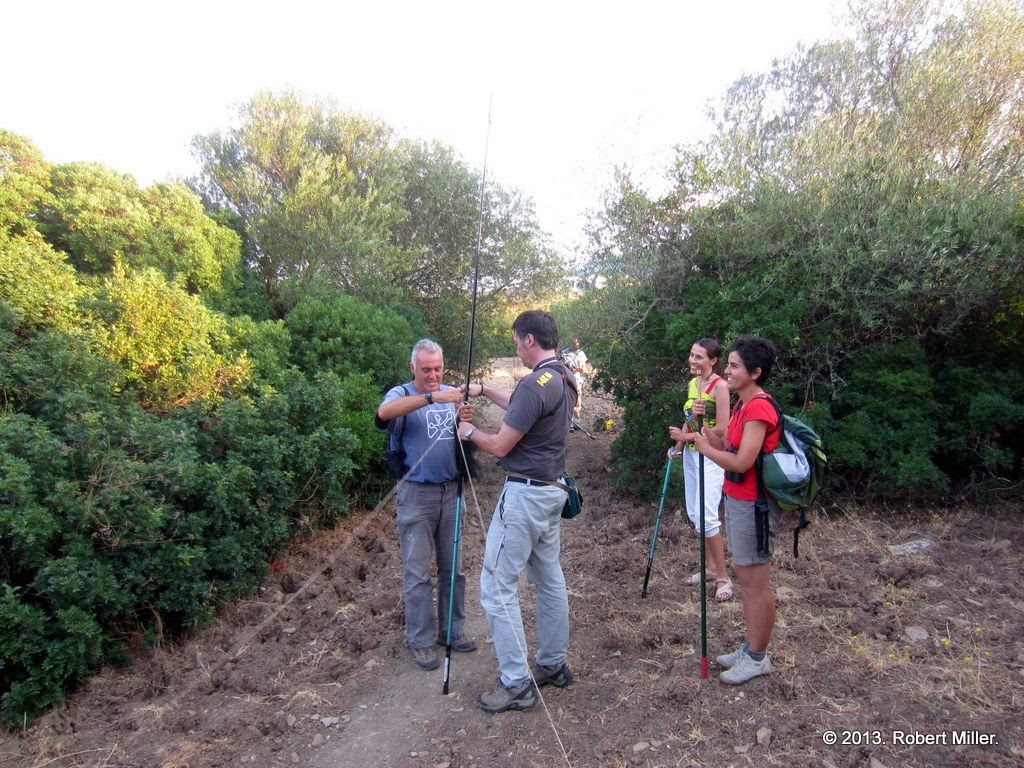 I enjoyed the company of another friend in Spain that I didn’t happen to get any photos with. Eddie “the Eagle” is a retired Brit who would often join us at the count sites. I learned a great deal from him as well and enjoyed his company. I apologize to anyone else I left out.

What a fantastic trip! This concludes the summaries of my trip, but not my work with the Migres team. I am launching the analysis phase of our joint research project. I expect to submit a joint manuscript for publication some time this winter. Only time will tell if I am able to rejoin the team in Tarifa next fall.