I don't often blog about ducks. There are probably a number of reasons why: 1) I have never had a job studying them; 2) they are generally pervasive; and 3) surprisingly, I don't have a lot of great photos of them. I do however appreciate them and have had some great observations lately. The most notable were the estimated 100,000 Mallards that flew over us during the Bruneau Christmas Bird Count. Wow. There was a steady stream flying over for more than an hour!

But I have had some close up views as well. My two favorite duck species in Idaho are the Wood Duck, which are fairly common in our area, and the Hooded Merganser or "Hoodies", which are much less common. We usually only see Hoodies around here in the winter.

A few weeks back while walking through Kathryn Albertson's Park, I took some photos of these two species. I had never really noticed how beautiful the female Wood Ducks were. I now like them more than the males. 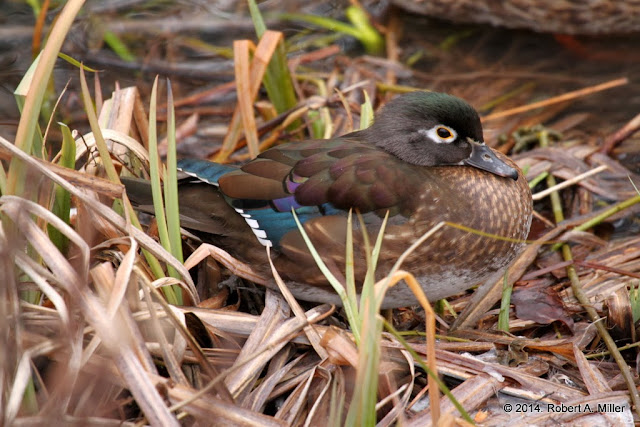 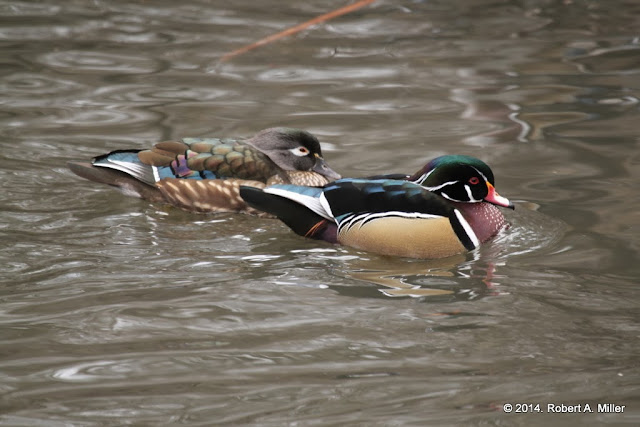 Wood Duck pair. Kathryn Albertson's Park, Boise, Idaho.
But my favorite is still the "Hoodie". They must be elevated in my appreciation since they are much less common. 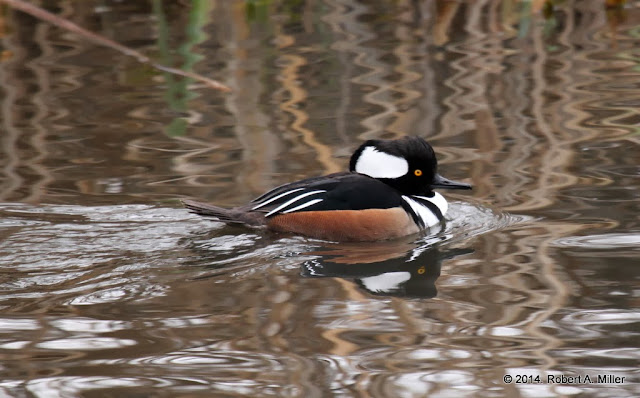