The Northern Goshawk in Biogeographical Context

Here’s a story I wrote for the Idaho Bird Observatory blog, where I work. I am cross-posting it here for those who don’t follow the IBO (even though you should!).

In 2014, I have the honor to lead a team for the 4th straight year to study the breeding ecology of the Northern Goshawk within the Minidoka Ranger District of the Sawtooth National Forest. This work continues IBO’s focus on this species and fits into a multiple-year research plan to assess the importance of this possibly isolated population of goshawks with respect to the broader biogeographical context of the species.

It is probably worth pointing out that not all of the Sawtooth National Forest is near the Sawtooth Mountains. It is a common and understandable misconception. There are three ranger districts in central Idaho encompassing the Sawtooth Mountains (SNRA, Ketchum, and Fairfield), but there is one district south of the Snake River, spread across five “forest islands” (Fig. 1). This later district, known as the Minidoka district, is where our recent work was performed. This district includes four sections in Idaho and one in northern Utah.

The Northern Goshawk (Accipiter gentilis; hereafter “goshawk”) is of interest to many resource management agencies. It is considered a “sensitive species” by the USDA Forest Service and a “regional/state imperiled species” by the BLM. It has twice been petitioned as an endangered species under the Endangered Species Act, but the petition was rejected on both occasions. The Sawtooth National Forest has identified the goshawk as a local Management Indicator Species. As such they must monitor the health of the population and make forest management decisions based upon the results. The species has received a lot of monitoring attention within the South Hills off and on over the past 20 years, but much less attention has been applied in the other sections.

The Minidoka Ranger District is located in the northern portion of the Great Basin. The Great Basin consists largely of shrub-steppe habitat with forested landscapes only at higher elevations. Even at these higher elevations the forest is still fragmented with most of the trees on northern facing slopes and in drainages. The result is an island-like landscape where the space between the “islands” consists largely of shrubland and native grassland. In the modern era, the matrix between fragments is also distinguished by agriculture, increasing development, and an increasing transformation to invasive grasslands. The size and isolation of these “islands” influences the species diversity which is able to survive within each fragment. The theory of Island Biogeography predicts that species diversity is related to the size of the island (larger islands have more species) and the distance to the next population (islands closer to mainlands have more species). In general, this theory applies to forest fragments as well, but the degree is determined by what occupies the matrix land between fragments and whether the matrix is easily traversed by dispersing individuals. Birds can easily fly to the next island, but mammalian dispersal is much more limited. The South Hills and nearby Albion Mountains present a unique prey assemblage for goshawks as their most common diet of tree squirrels are naturally absent, although tree squirrels do exist in the Sublett and Black Pines Mountains. 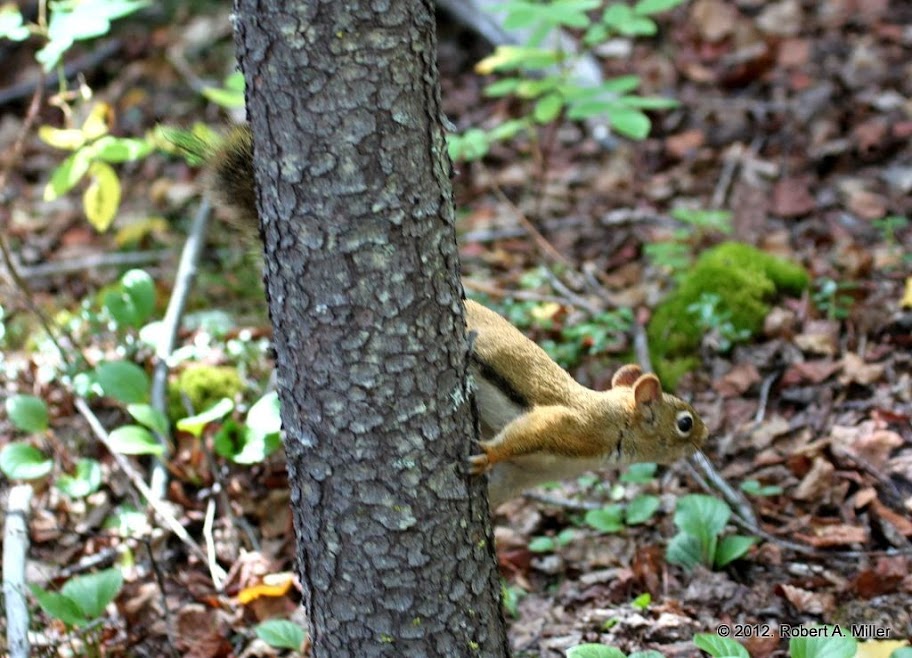 The lack of tree squirrels has led to the rise of the South Hills Crossbill as a sub-species of the Red Crossbill, but that is a whole other story with many ecological lessons as well. 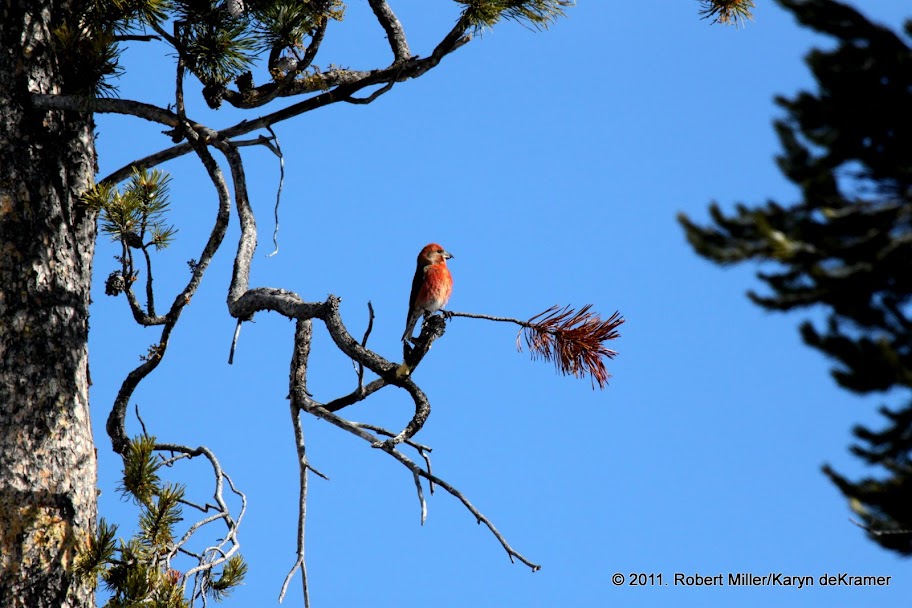 One of the most significant results from this recent work in the South Hills was a habitat suitability model, or statistical model which predicts areas with appropriate characteristics for goshawk nesting. In 2012, the model helped us find a number of new territories. In 2013, we applied this model to the Black Pines and Sublett sections of the forest and then spent a few weeks surveying the highest priority areas, discovering a half dozen previously unknown goshawk territories.

In 2014, we will cross the border outside of Idaho into northern Utah and the Raft River range. This will be the first time the area has been formally surveyed. The model predicts some, but not a lot, of suitable habitat. We will also survey the Albion mountains where we expect to discover a number of new nesting structures, hopefully occupied by goshawks. To finish the survey effort, we plan to check all historical nesting structures in the other three sections of the forest to determine which are occupied this year. It may sound easy, but we have documented over 110 nesting structures across a broad geographic area which were likely built by goshawks!

In 2012, we also collected blood samples from nestling goshawks to analyze for parasite infection, which we found in large numbers (Jeffries et al. In review). This year we are excited to bring on an NSF-funded intern who will work with a visiting Fulbright Scholar to evaluate the genetic health and diversity of the goshawks using those existing blood samples. We will also be gathering additional samples in the field this year. Look forward to more publications from IBO in the future. 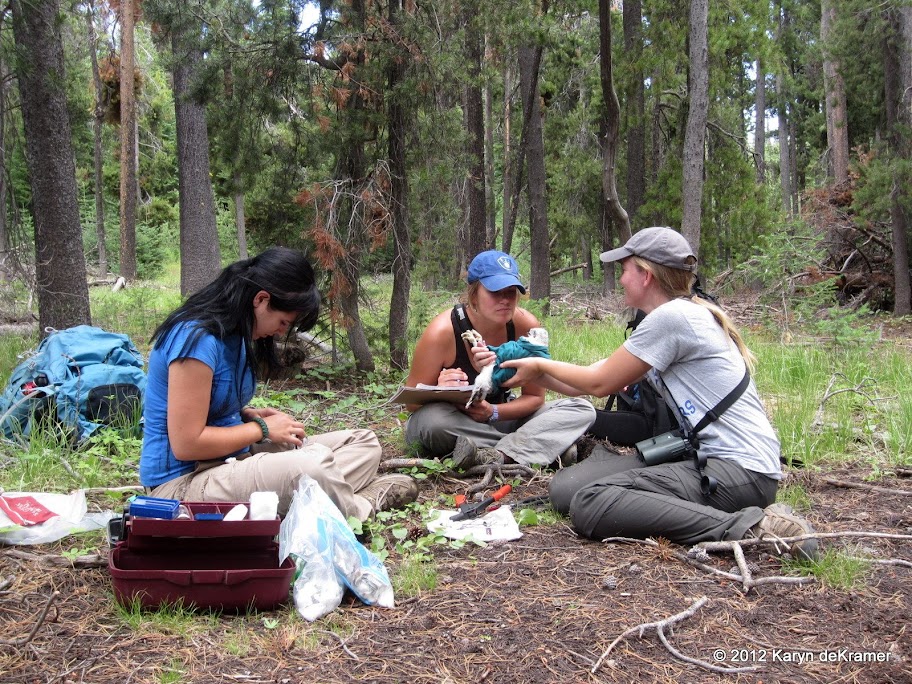 We have a full agenda ahead to meet the forest service requirements for monitoring this species across the five sections. However, we are seeking additional funding from other sources to fund the work to help place the Great Basin population of birds into a broader geographical context. We know from past studies that some birds do disperse between islands within the Great Basin to breed (Independence Mountains in Nevada to the South Hills in Idaho). However, we don’t know to what degree the Great Basin individuals mix with birds in the more contiguous Rocky Mountains or even the Pacific coast populations. We have some great work ahead of us.

But in the short term, I can’t wait to get my feet back on the ground within the Sawtooth National Forest! It is a unique and fantastic place. 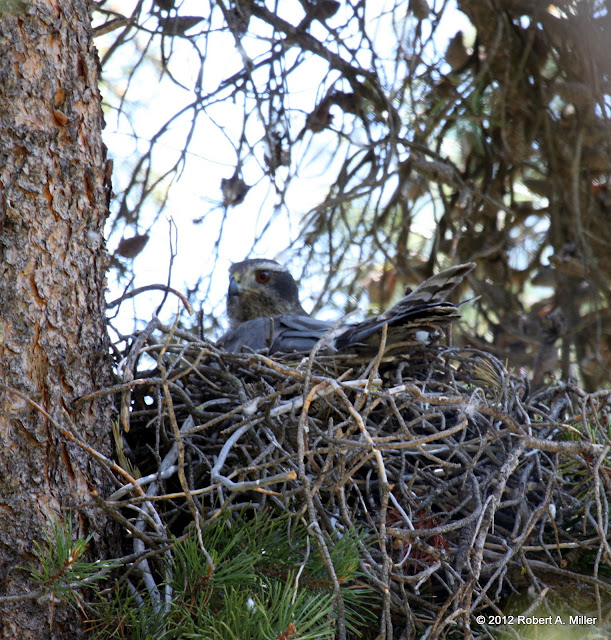 Miller, R. A., J. D. Carlisle, and M. J. Bechard. In Review. Prey abundance and forest structural influences on occupancy and productivity of Northern Goshawks within a mixed forest and shrub community in the Great Basin, USA.