My fieldwork on the Northern Goshawk project has come to an end for the year. It was a great five weeks in one of my favorite forests, the Minidoka Ranger District of the Sawtooth National Forest. My field partner, Steph, and I were very productive finding nine new goshawk territories, most in areas where no previous reports of goshawks have existed. My statistical model for predicting goshawk nesting locations continues to perform very well (Miller et al. 2013, Open Journal of Ecology). For example, on one mountain we found goshawks in five of the seven places we looked. For background and summaries of this year’s work, you can refer to my previous posts: Surveys, Nests, Nestlings, and Adults–All Things Goshawk! (most recent), My Project of the Year – The Northern Goshawk, and The Northern Goshawk in Biogeographical Context (oldest). 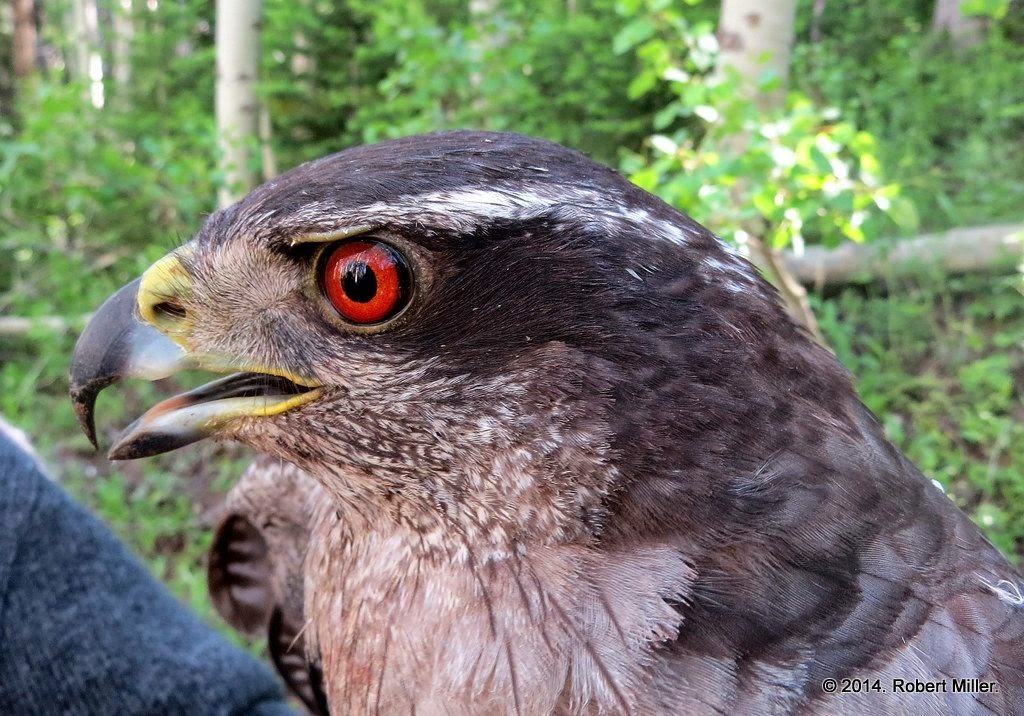 Now that the fieldwork is complete, Steph has transitioned into the lab to process and analyze all of the genetic samples that we collected. I begin working on the annual report for the forest service. The report is one of those non-glamorous aspects of the project, but Steph’s genetic work is very exciting. She has already extracted the DNA, amplified the DNA, and sequenced portions of the 28 blood samples that my team and I collected in 2012. She is now processing the 25+ samples that she and I collected this year (along with some help from other project volunteers).

Just yesterday, we received the initial sequences (Mitochondrial DNA) from the 2012 samples. The quality of the result was very good, with a much lower than expected error rate. There is lots of interpretation and analysis work left to do, but here’s what it looks like:

Mitochondrial DNA sequences from Northern Goshawks within the South Hills
of the Sawtooth National Forest collected in 2012.

Each row represents a different bird. For some regions, such as those pictured, we would expect a high degree of similarity between individuals, which is indeed what we see. More distantly related birds would be expected to have greater variation. Steph will not only be looking at the variation within our samples (local genetic diversity), but also comparing these samples with the published results from other areas such as the more contiguous Rocky Mountains and the Pacific Coast. We hope to measure the degree of genetic mixing that occurs between our northern Great Basin birds and these other populations, specifically populations in Colorado, Wyoming, and Montana. She has a lot of work left to do before the end of July! She will present her results at the end of July at the Idaho Conference on Undergraduate Research. Her and I have also received a joint travel grant from the National Science Foundation for us each to attend the Raptor Research Foundation Annual Conference in Corpus Christi, Texas in late September. Steph will present her work at that conference as well.

For me, I am writing the goshawk report for the forest service, trying to get my other projects in line, and preparing for my fast approaching assignment studying raptor migration in Tarifa, Spain. Check back for updates from Europe!