In my first post from Spain (Our First Days back in España) I mentioned that we participated in Flamingo Banding our first weekend here. Alejandro graciously provided me photos that he had taken at the event. Here’s a view into some of the action we experienced.

The photos begin just after sunrise after the flamingo chicks “Pollos” were rounded up from the salt lagoon and into the holding pens. 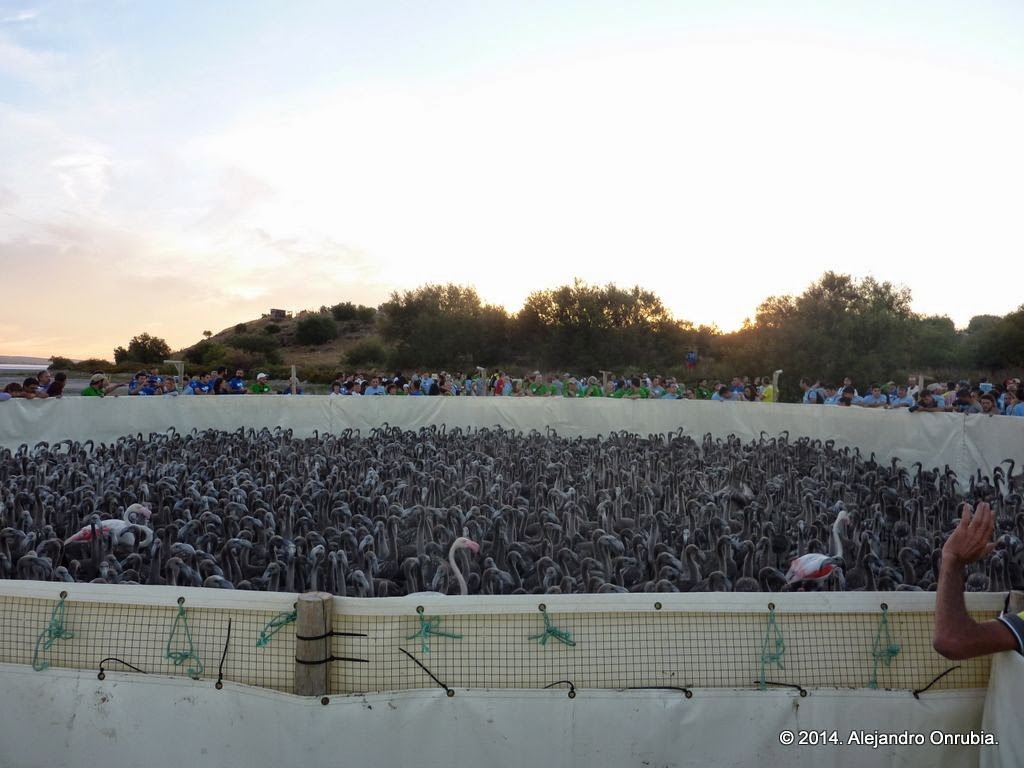 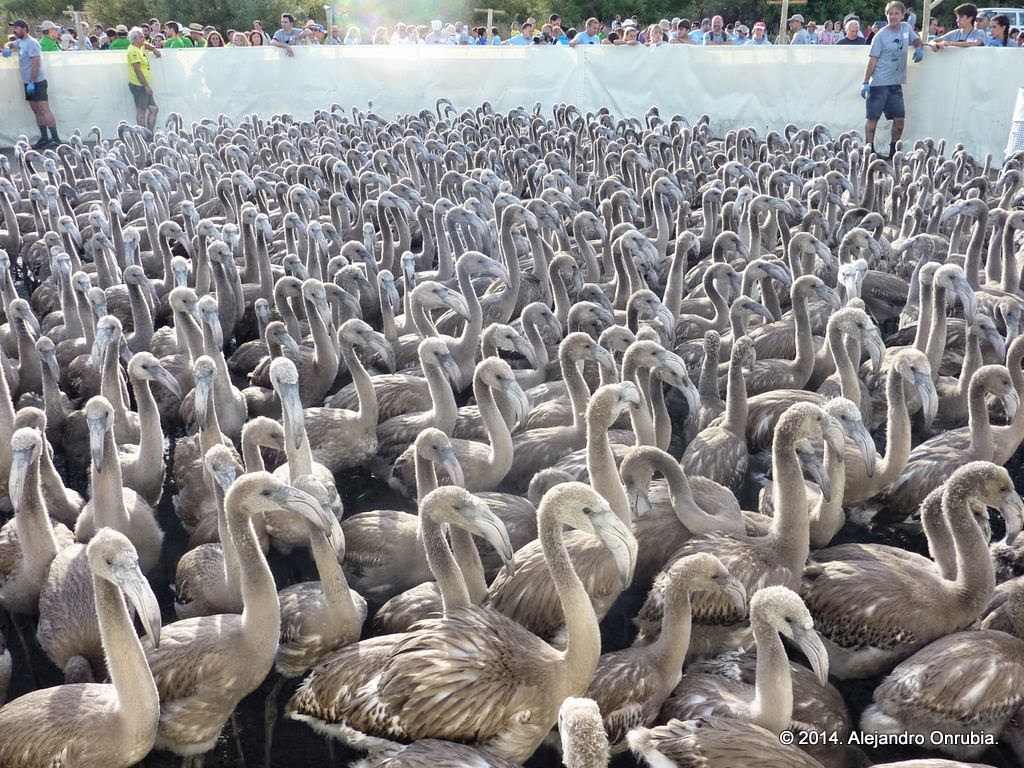 My role in the project was to measure the bill of 100 flamingo chicks for team 1 (Dark Blue). 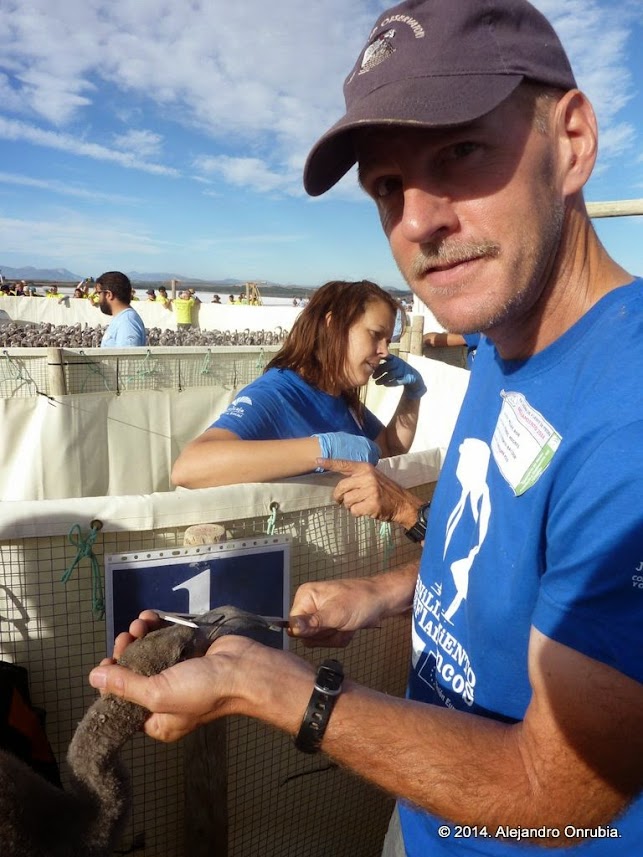 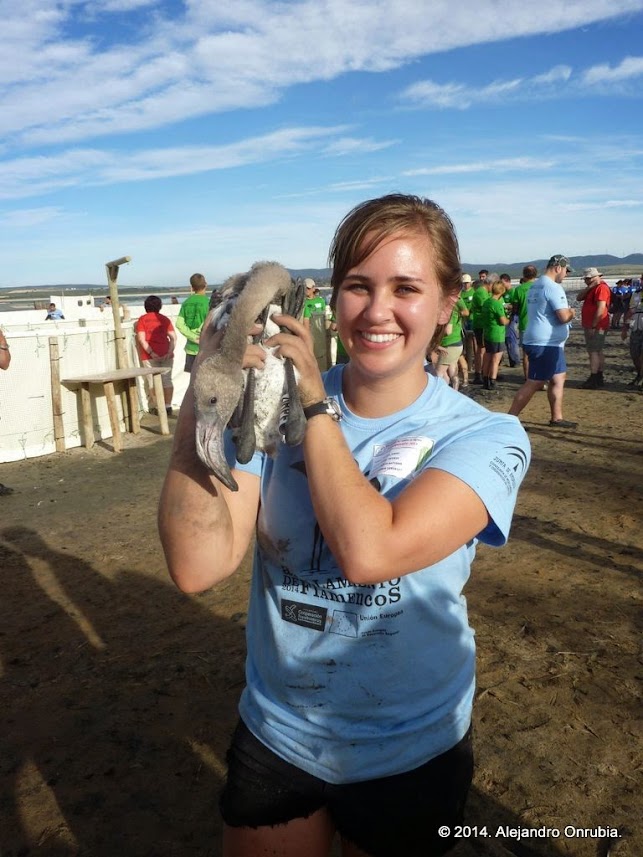 Emmy’s role was to prepare the Pollos for weighing (Team Light-blue). 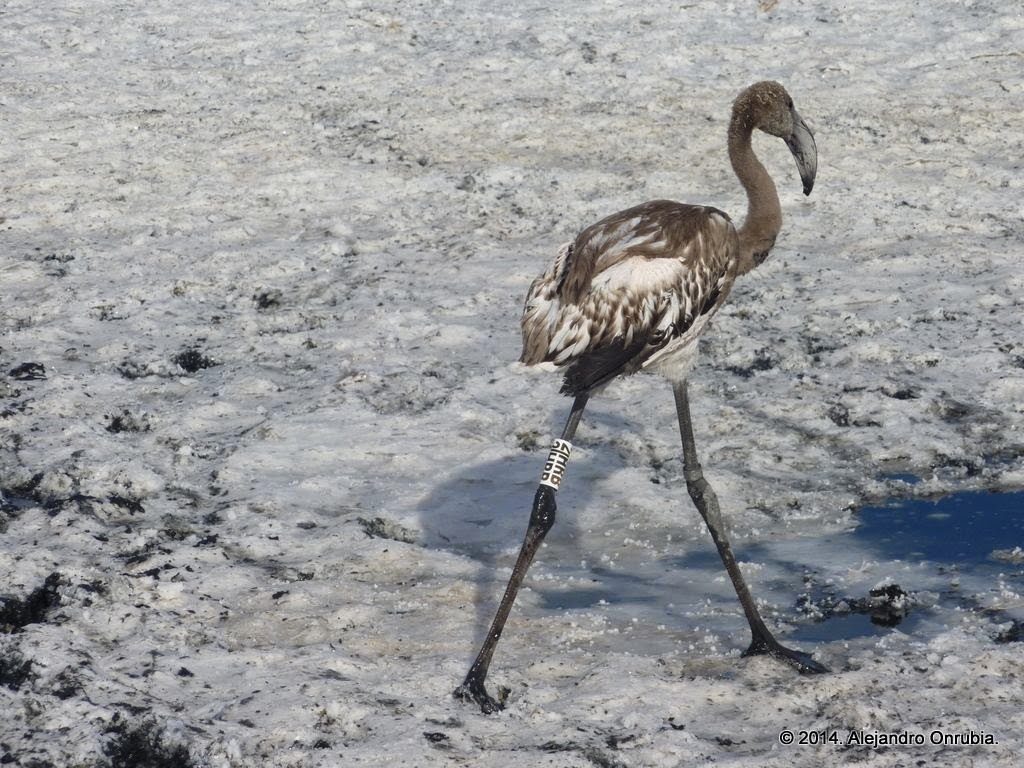 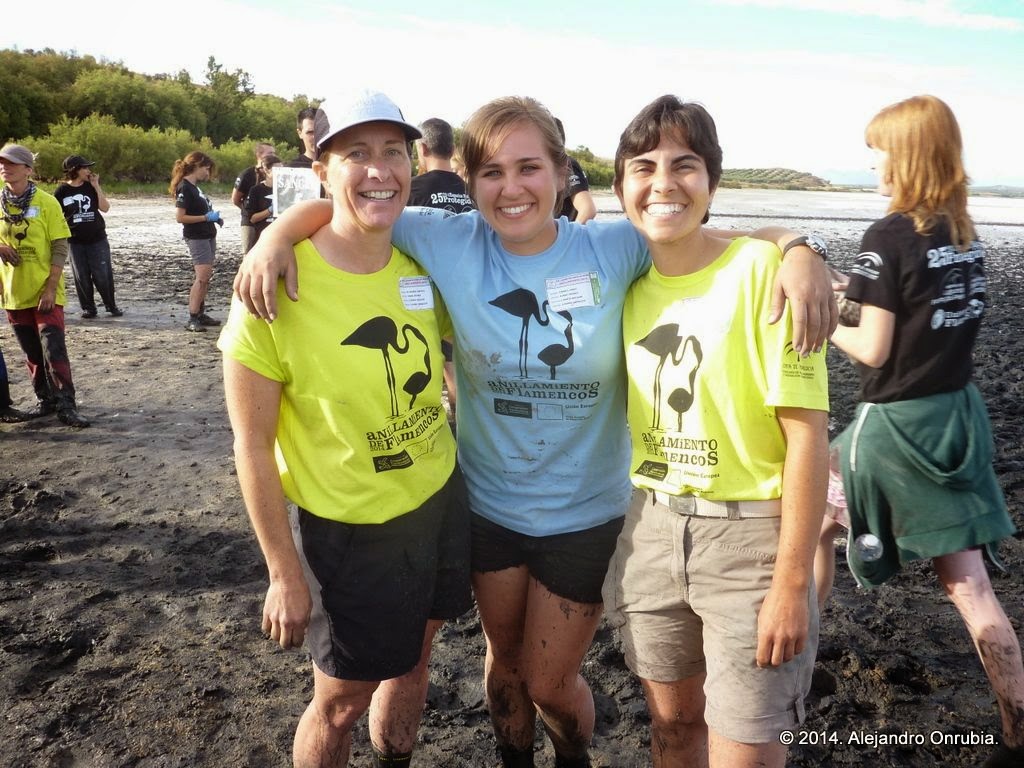 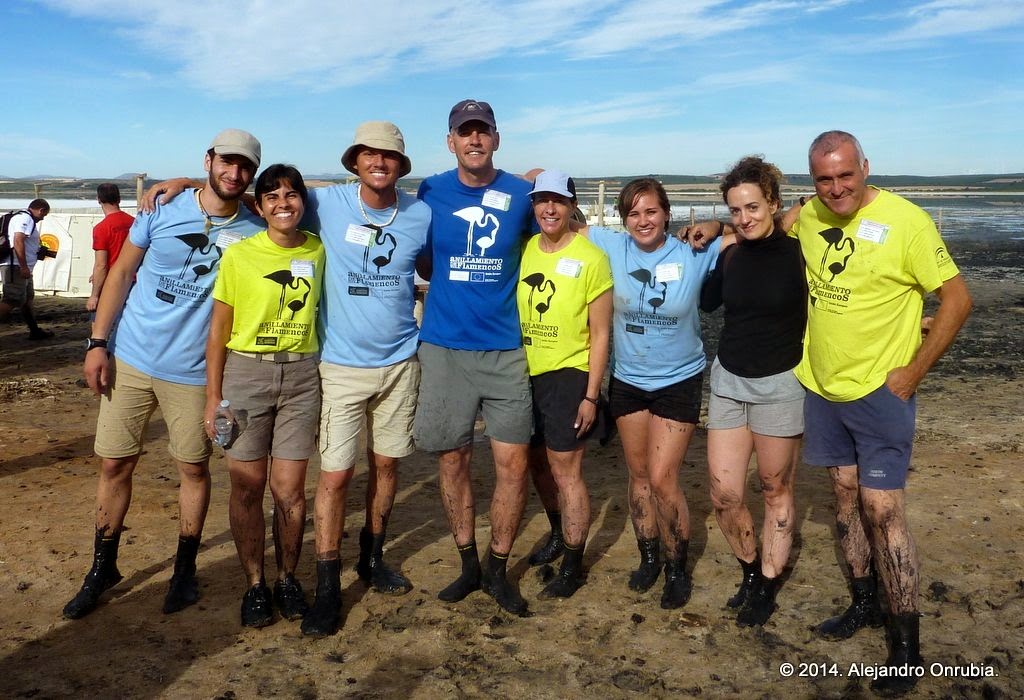 After each of the six teams had each banded one hundred birds, the remainder of the flamingos were set free unbanded. They marched out of the pen and back to the lagoon. 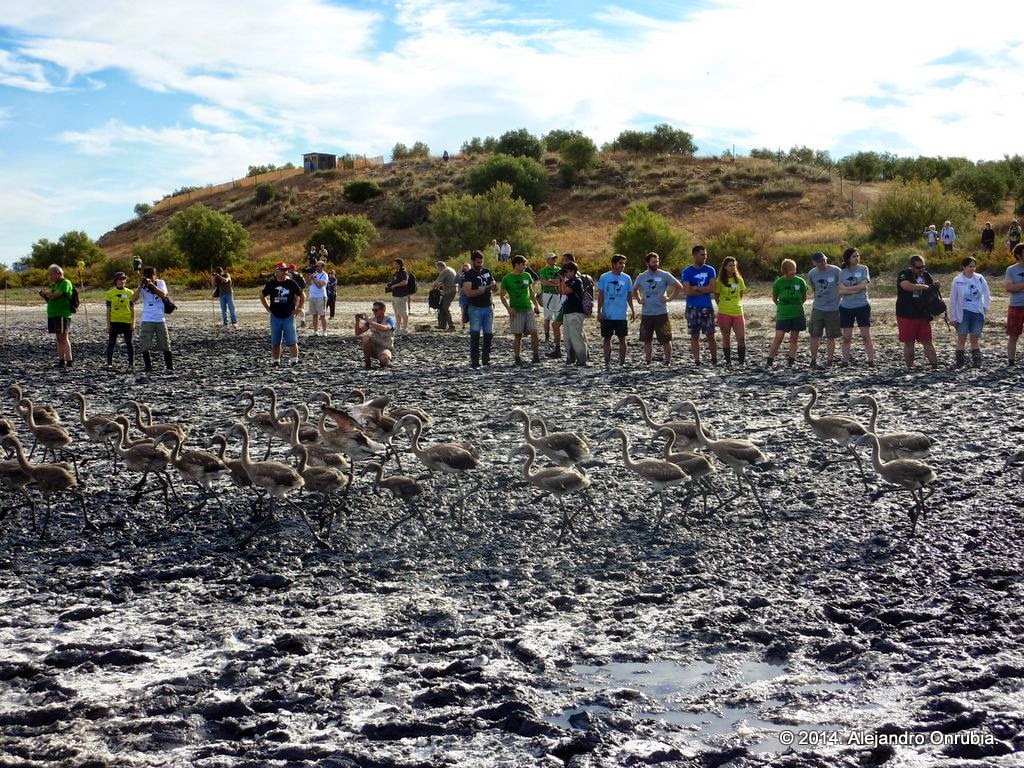 Unbanded flamingo pollos heading back to the lagoon.