Holes in a Tree

My third week of woodpecker surveys in the Boise National Forest has come to a close. I can’t believe that my first full project of the season is almost over. Just three more survey days left to go before I put this first project in the books and start the next. This is my third blog post on this project. The previous reports can be found here: Into the Woods-The New Field Season Begins and Woah, Seven Woodpecker Species on One Transect.

This past week I was surveying north of Ola, Idaho. It is a fairly remote area with few people. In my first three days of surveys I saw one vehicle and that was as I was transferring from one site to another. The rest of the time, it was just me in the wilds!  The only indication of the greater world was the noise disruption coming from passing airplanes.

The following photo illustrates the importance of forest management practices on wildlife. This single tree had more than 20 nesting cavities in it housing untold number of species. I see five cavities visible in the photo. Each cavity can provide a nesting location for up to 20-30 years. Hence, a single snag could be an important resource for hundreds, possibly over a thousand of birds. Oh yeah, and there is a Pileated Woodpecker foraging on it as well. Dead trees attract insects which can help feed all those birds. I have performed woodpecker surveys for years and I am still awestruck contemplating the complexity of the ecosystem of a single tree. 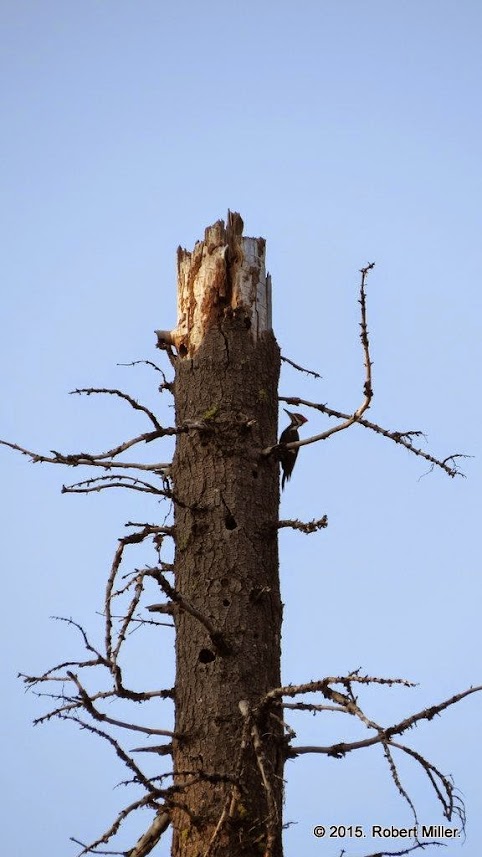 Pileated Woodpecker on a snag with many nesting cavities, Boise National Forest. 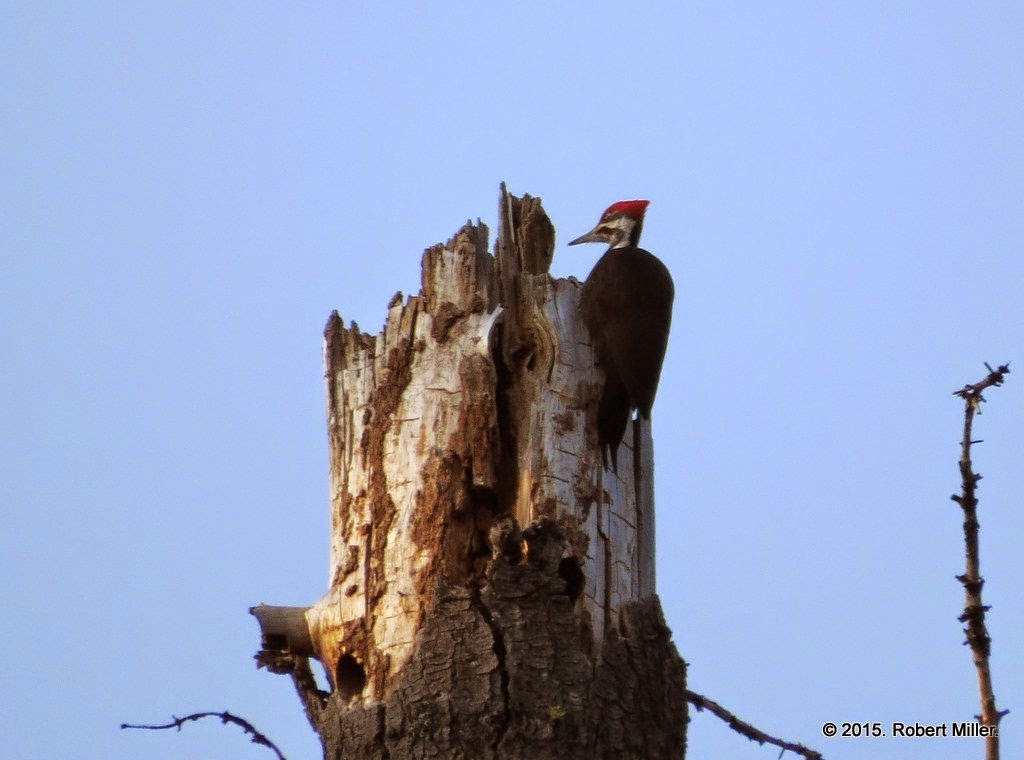 Third Fork Ridge provides one of the most spectacular camping locations of the project.  It didn’t hurt that it was a beautiful clear day with no wind. I was awoken in the night with elk chewing grass just outside my field truck. 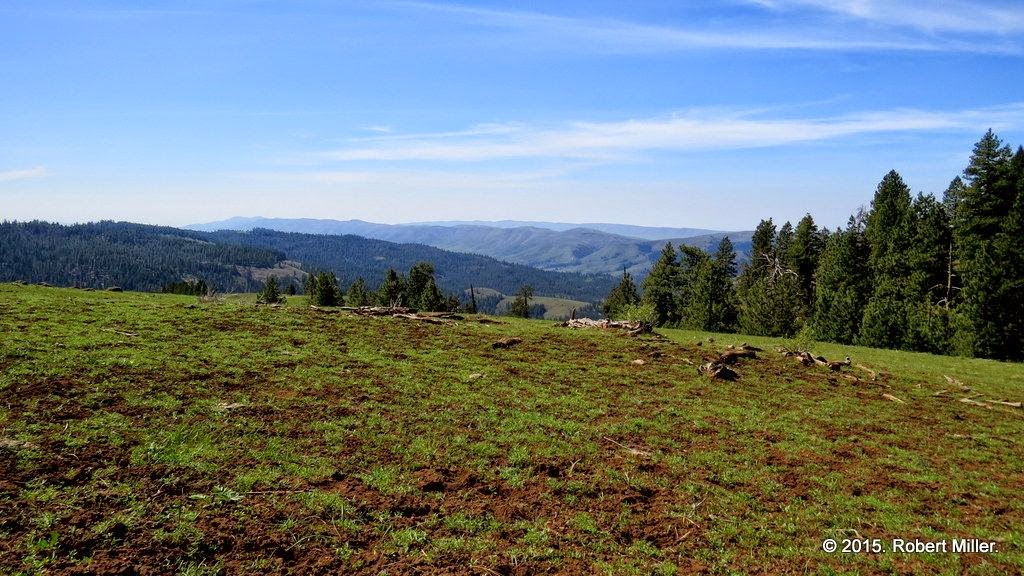 My work begins each day a half hour before sunrise. Sometimes I need to start earlier to hike to the first point by this time. I love the sunrise. I am usually at my third or fourth survey point of the day as the sun comes up over the ridge. This is when the bird activity is usually at its peak. It is referred to as the “dawn chorus”. In previous weeks, my efforts to detect woodpeckers were hampered by so many Red-breasted Nuthatches singing their loud “yank-yank” song, it was hard to hear most anything else. This week, the nuthatches were still present, but the dynasty of Ruby-crowned Kinglets took the show as the most abundant and loudest species out there singing it’s “liberty-liberty-liberty” song.  It’s amazing as they are the second smallest bird in North America (excluding hummingbirds), but one of the loudest. 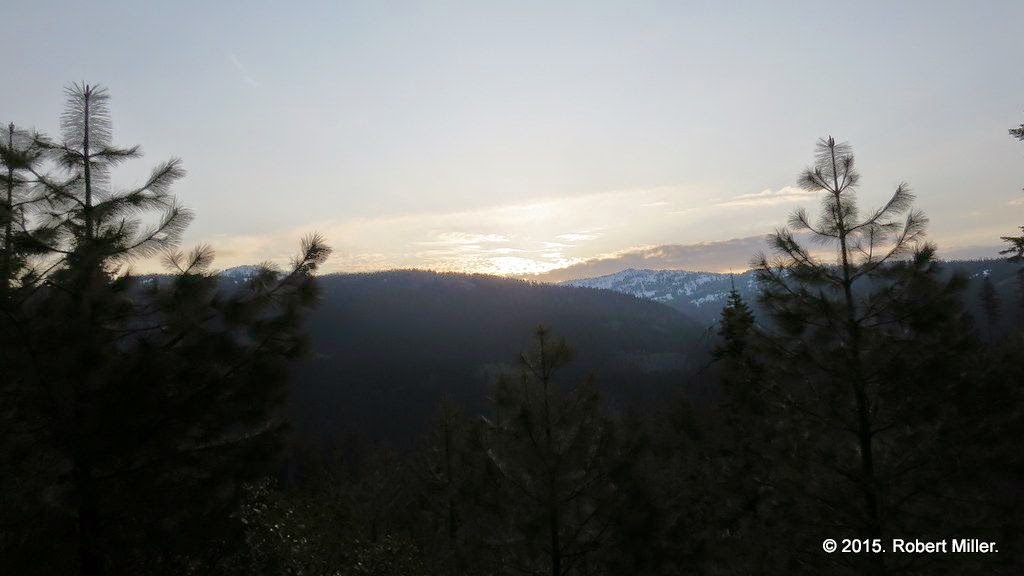 I finally found some some-what fresh wolf tracks. In three years of performing these woodpecker surveys, this year I have found the least number of fresh tracks. I don’t know if this translates to fewer wolves actually in the area. While many people in Idaho may approve of fewer wolves, I for one do not. I appreciate the fact that wolves have a very important ecological role to play in our ecosystem. I love finding tracks, just to know that they are there doing their job. 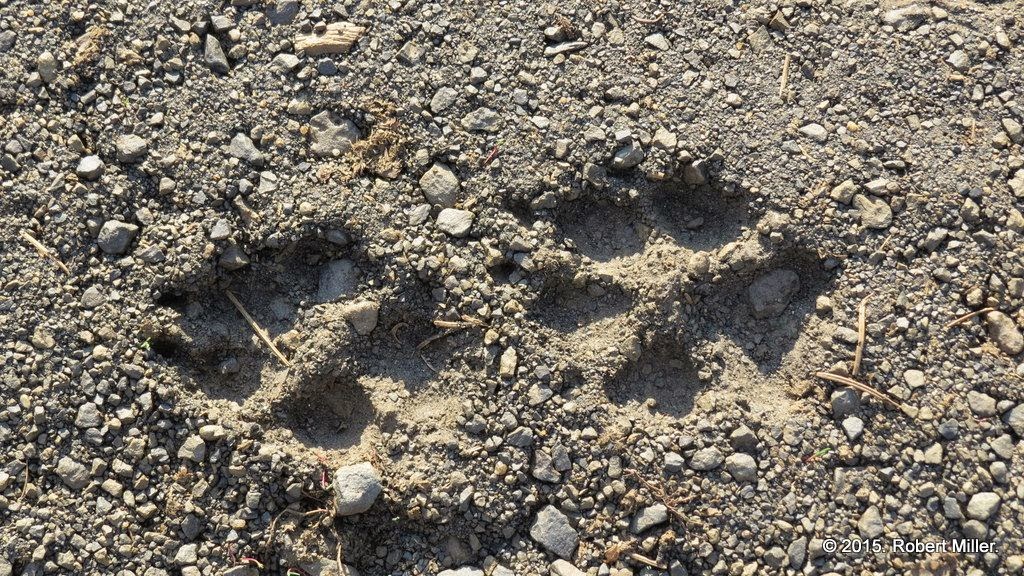 The rest of the wildlife was great as well. More deer, elk, snow-shoe hare and of course the birds. I had Northern Saw-whet Owls in two of my camps. The last night, one was perched just above my camp, calling most of the night. It was calling as I went to sleep, as I awoke in the night, and when I got up in the morning. Add to the list my first Common Poorwill of the year, many grouse (Dusky and Ruffed), and tons of bluebirds. It was all great. 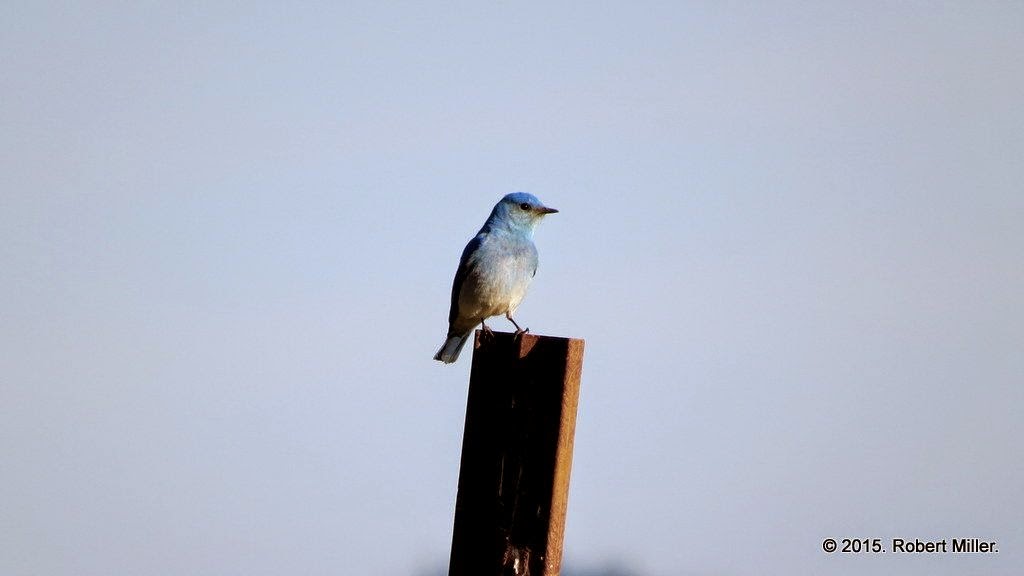