My second week of woodpecker surveys in the Boise National Forest has come to a close. I have a quick 22 hours at home before I head back out into the field for more. (The report from my first week can be found here: Into the Woods-The New Field Season Begins)

My first woodpecker project of the season is ultimately focused on two woodpecker species, the Pileated and White-headed Woodpeckers. We usually find Pileated on about half of our routes, but the White-headed Woodpecker, can be quite rare. It is currently listed by the Idaho Fish and Game as a “Species of Greatest Conservation Need” with a rank of “Imperiled” and is ranked as  “Sensitive” by the USDA Forest Service.

Last year, on 25 survey routes, we failed to detect any White-headed Woodpeckers. However, this year I am happy to report that I have recorded them on three of my seven surveys so far and had them in my camp at a fourth survey location. In three of those cases, both the male and female were present. I hope the trend continues. 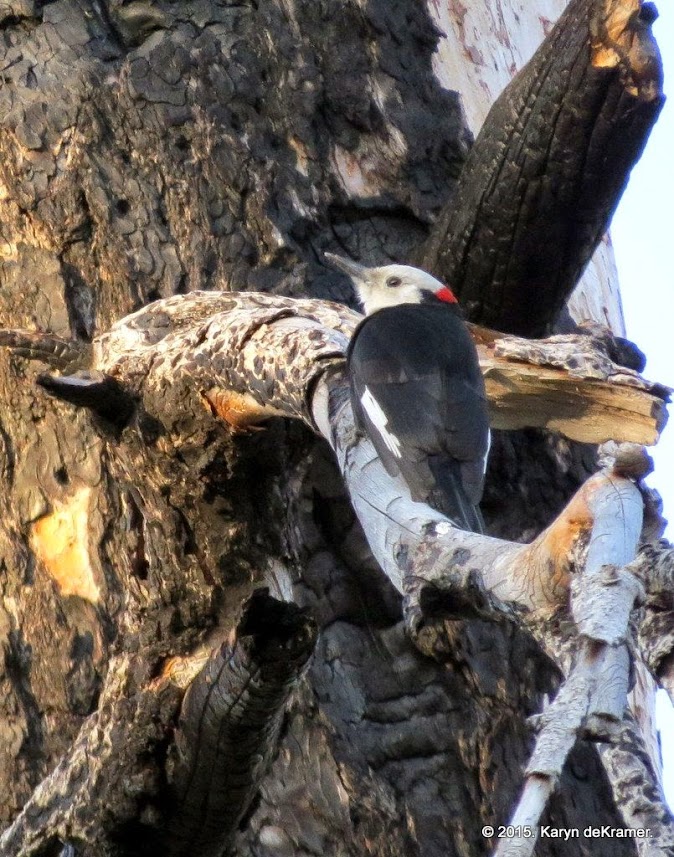 This has also been the week of the Williamson’s Sapsucker. I have counted up to 12 (probably closer to 20 or 25 if I was less conservative about eliminating possible duplicates) on a single survey route! I had six drumming around me at a single survey point and detected Williamson’s at each of the ten survey points. eBird, a public online bird reporting system, keeps flagging my counts of Williamson’s Sapsuckers as too high. They will eventually learn that these birds are not that rare. For this past week, my counts of Williamson’s Sapsuckers have outnumbered all other woodpecker species combined. It really is spectacular to listen to all of these birds drumming at sunrise. 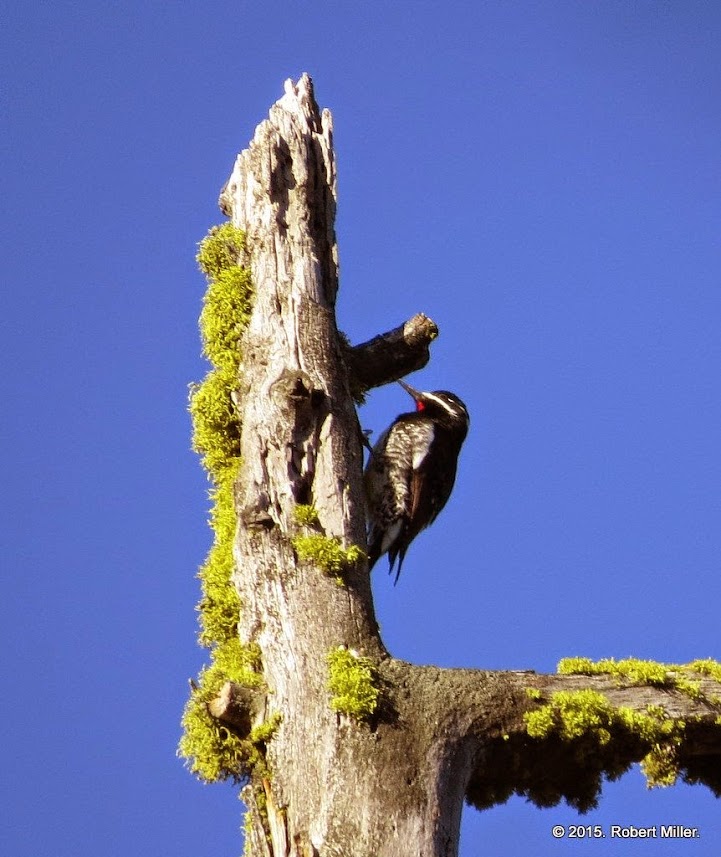 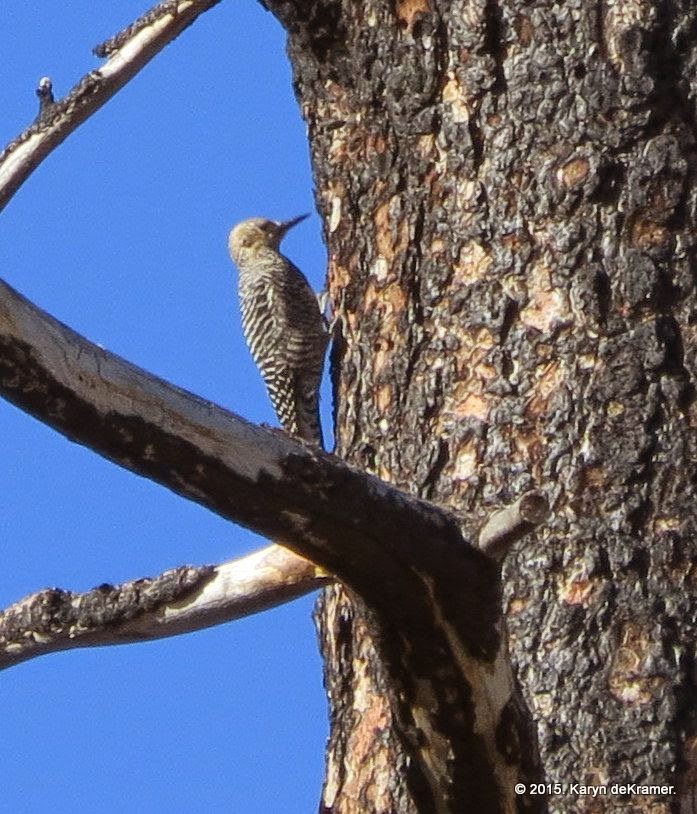 Karyn joined me in the field the last two days. It was great to spend time with her enjoying the outdoors. Another friend, Jessie, joined us on Saturday for my favorite route – Rattlesnake Ridge.  This route climbs up a ridge north of Garden Valley, Idaho and has high habitat and species diversity. The top half burned back in 2007. On this route we observed seven woodpecker species on a single transect! Pileated, White-headed, Downy, Hairy, and Black-backed Woodpeckers, Northern Flicker, and Williamson’s Sapsucker. There are only ten species that regularly occur in Idaho, and one of those isn’t even back from migration yet. For the week, I have counted eight of the ten (no American Three-toed or Lewis’s Woodpeckers).

Karyn and Jessie on Rattlesnake Ridge. 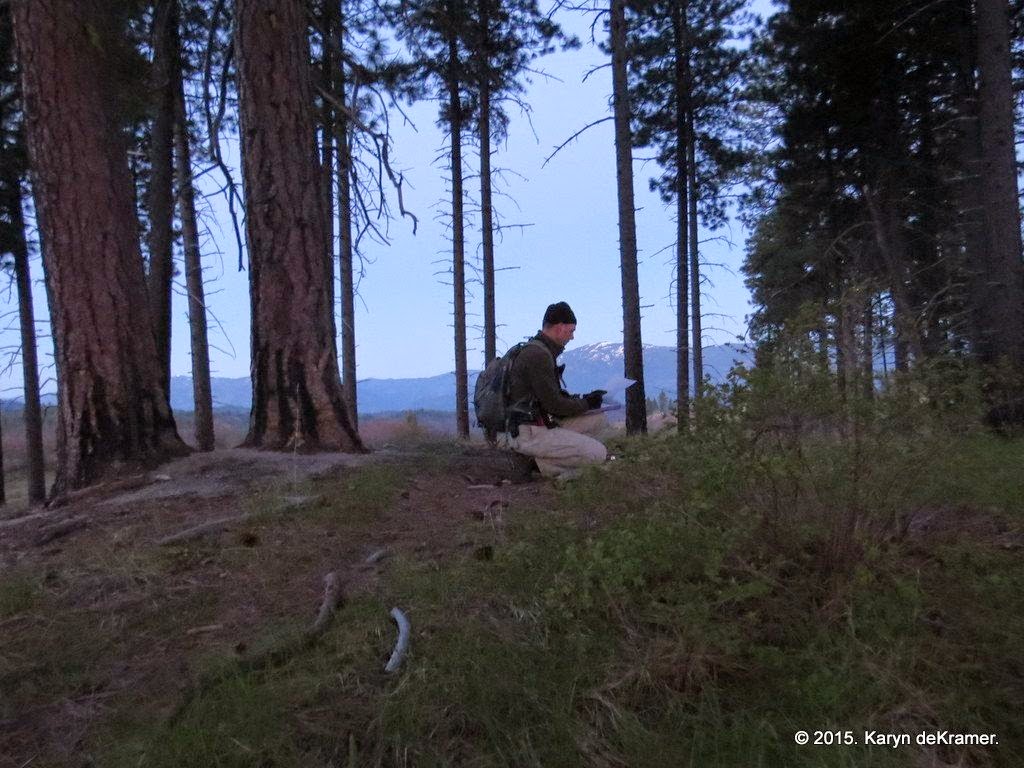 Raptor Rob (me) at the first survey point of the morning on Lightning Ridge.

The official work on this project is all about the woodpeckers, but while in the field we have opportunities to observe many other aspects of nature including other birds, mammals, wildflowers, etc. Deer and elk are common, chipmunks, squirrels, and tons of birds. Probably the most common bird right now is the Red-breasted Nuthatch. These little guys are feisty and loud. Sometimes the nuthatches are so plentiful and loud at a survey point it is nearly impossible to hear any other birds. They appear to be everywhere and uniformly distributed on the forest landscape. They are fantastic creatures. 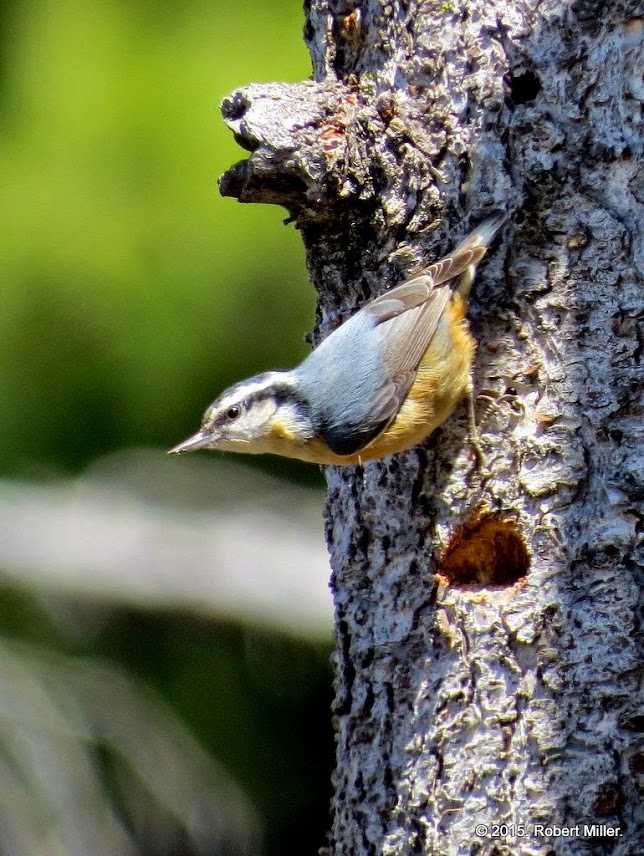 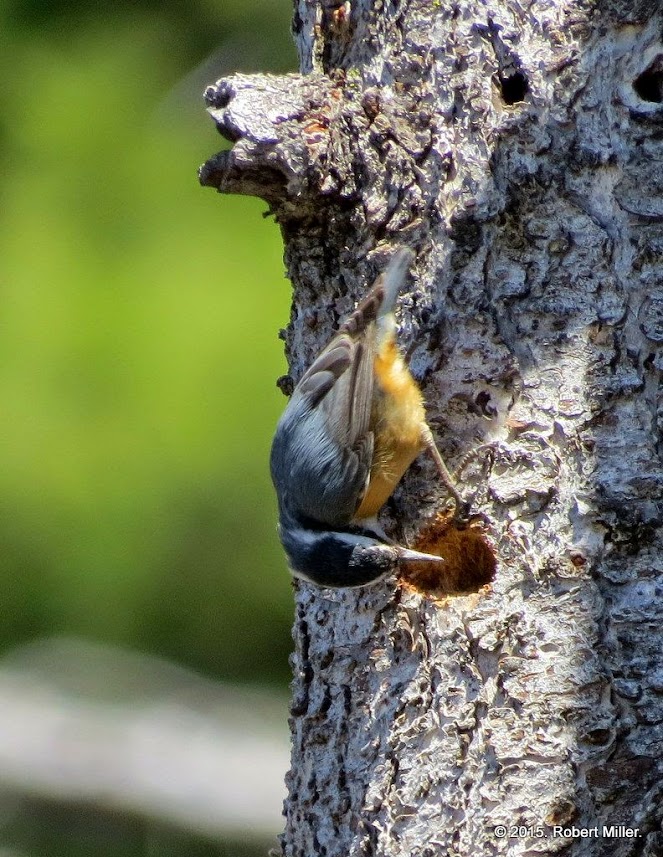 The grouse are out and about in good quantity right now. I usually detect a number of Ruffed Grouse most every day. I find Dusky Grouse on about half of my surveys. A couple days ago Karyn and I were standing in the middle of six Dusky Grouse males all displaying. They seemed completely undisturbed by our presence. 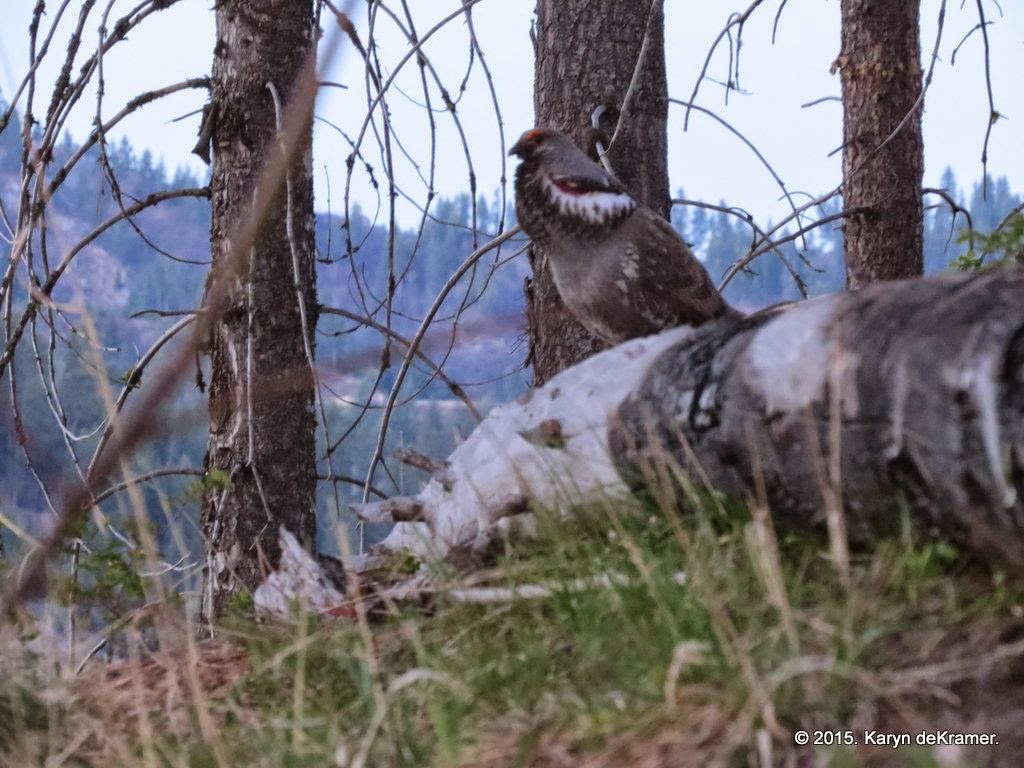 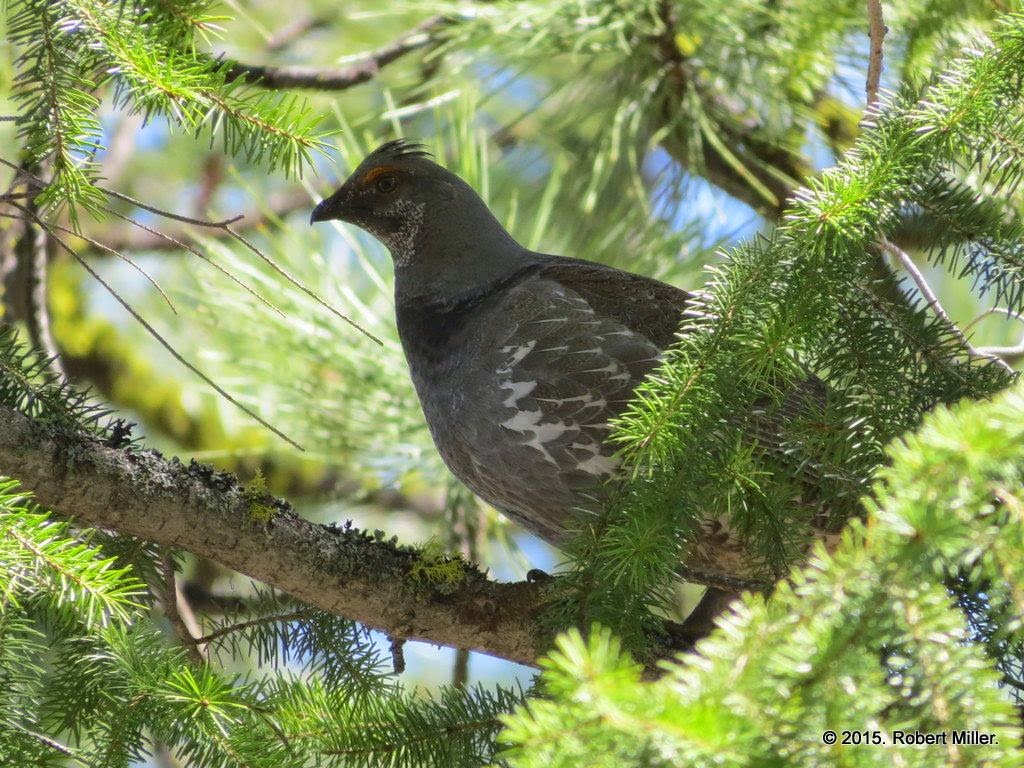 I will soon be back at it, up before dawn, and out in the wilds! It reminds me of a favorite quote – “The mountains will always be there, the trick is for you to be there as well.” – Unknown.